Time to Shut the Door on a Second Referendum 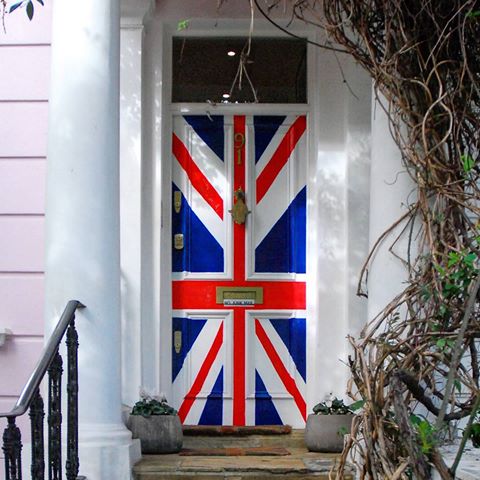 Most of us are fed up listening to the interminable ScotNat and ScotMedia whine for a second referendum. Why wasn't this debate closed down completely after 18 September 2014? Why has the door been left open?

In this article Alistair McConnachie says that our "pro-UK" politicians cannot make a proper moral and democratic case against a second referendum because they don't understand what the United Kingdom is in the first place.

Once they understand, then the moral and democratic case can easily be made – and when they do so, it will change the entire "narrative" under which we presently suffer.

SHUT THE DOOR ON A REFERENDUM
Why can't the British Government simply "Shut the Door" on the possibility of a second referendum?

Really, what is so hard about saying: "While the SNP may continue its campaign to break-up the United Kingdom, the British Government believes that the UK is a Unitary State and One Nation, and that we have a responsibility and a duty to maintain it as such. In order to ensure its maintenance, we will never again allow its territorial boundary and its very existence to be called into question. This means we will never allow a second referendum. That is the end of the matter."

At a stroke, everyone would know where we stand.

Sure, the SNP would be ragin'!

SNPTV would screech; skewed "Opinion Polls" would show support for separation running at 150%; the Daily Record would vomit up its usual sickening rhetoric about "London Tories"; the activist journalists of The Herald stable would have to start taking an interest in the rest of the world again; Lesley Riddoch would immigrate to Scandinavia, and the Kilted-Loony Marching Tendency would have new opportunities to lose a few calories; but in time, everything would settle down, and the "Opinion Polls" would return to normal.

It would settle down because everyone would eventually realise that there is no political route to make Scotland separate from the rest of the UK. They would realise it is not going to happen. Eventually, everyone would become acclimatised to the reality that the UK will not be broken by a referendum.

Everyone would realise that the UK is going to stay together after all, because it had political leaders who were confident enough to state that it is a Unitary State and One Nation, and who could defend it on that basis.

They would realise that we can no longer talk about breaking up the UK because the UK is here to stay and any discussion to the contrary is off the table, out the room, down the stairs, and out the house! As a political concept it would be like it used to be – heretical and the obsession only of the eccentric fringe.

Eventually, stability would return to Scotland – and to the rest of the UK – politically, economically and psychically.

SO WHAT IS WRONG WITH OUR POLITICIANS?
What is so difficult about saying and doing this?

Why has the door to a second referendum been left open? Why has it never been shut?

Here is the main ideological reason:
1. The mistaken way in which the "pro-UK" political class understands the nature of the United Kingdom creates an inability for them to make a moral and democratic case against a second referendum.

WE are a NATION OF UNIONS and a NATION OF FAMILIES
The British Government, and most MPs and MSPs (if they think about it at all) think of the United Kingdom as a loose association of different nations. You hear it in the language they use: For them, the UK is a "Union of Nations", and a "Family of Nations".

And sure, we can describe it in that way to an extent, although these are very flimsy ways of thinking about the relationship. They are not sturdy ways of conceiving of the bond.

However, the UK is much more.

The United Kingdom is the work of centuries, as Neil Oliver has written. (1) The Great Work of Time.

We are also far more than a "Family of Nations"; we are quite literally a Nation of Families.

However, if you are the Secretary of State for Scotland, or the Prime Minister, or a Tory MSP and you see the UK merely as some sort of loose association of 4 distinct parts, then you are going to be open to the idea that it can be broken up if one part decides to "go its own way".

You will be open to this idea because you don't conceive of the UK as something integral; as something sure and fundamental in itself; something which cannot be broken.

However, if like us you see the UK as something entire in itself; if you see it as something which is permanent and inseparable in itself, then you are not going to accept that it can be broken up, or that one part has the right to do what it wants without the other parts having a say.

Ideologically, we know, for example, that the Scottish Conservative Party's MSP Adam Tomkins – the party's "constitutional expert" – has stated that he does not believe that the UK is a nation! (2) With that sort of notion coming from the top, then everything below is going to suffer.

With this sort of ideology governing the "pro-UK" side of the debate, then it is no wonder that the politicians who are meant to speak for us cannot make an effective defence of the United Kingdom. They don't even know what the UK is!

Practically, this means that when the separatists invoke "Scotland's right to have a second referendum", the Scottish Conservatives (and Labour and the Lib Dems) are unable to counter this by standing for the right of the United Kingdom – which includes Scotland – to remain a Unitary State and One Nation and to not have its boundaries and its very existence constantly called into question.

Consequently, it is no surprise that both Ruth Davidson (3) and Adam Tomkins (4) have already stated that they would not oppose a second referendum if the SNP called for one. In other words, these "unionists" are prepared to throw us, and the United Kingdom, to the wolves if Ms Sturgeon decides to call for one – simply because they haven't thought through their national ideology properly.

This misunderstanding also makes them unable to make a democratic case.

For them, the democratic locus – the democratic area – is Scotland alone. Therefore, if the Scottish First Minister "calls for" a second referendum then they think she has the democratic authority to do so, and that they would be anti-democratic to refuse. For example, in the Daily Telegraph article referenced below, Ruth Davidson is quoted as saying she would not want to deny a re-run because she is a "democrat".

However, Ms Sturgeon does not have the democratic authority on this matter, and it is perfectly democratic to oppose her attempts.

This is because the democratic area for all matters relating to the Union – including and especially whether or not it will be subject to a referendum which may destroy the boundary and very existence of the UK itself – is the entire United Kingdom!

It is not Scotland alone!

Therefore, it is a decision for the collective British Government and Parliament acting on behalf of all the people of the United Kingdom, not just those in the Scottish part of the UK.

This marginalisation of the UK even appeared on the ballot paper. The question was "Should Scotland be an independent country?" There was no recognition of the United Kingdom on the paper. There was no mention of the fundamental State which would be broken up. It was pushed out the picture!

There was no mention of "Scotland's membership of the UK". It was all about Scotland. Should it be "independent" or not? The matter of the UK itself was deemed of no significance. Well, that's what you get if you allow the SNP to set the question!

It is long past time for the door to be shut firmly on a second referendum.

References:
(1) Neil Oliver, "SNP vision of independence is same as the Union, but dead", The Sunday Times Scotland, 1-5-16 at http://www.thetimes.co.uk/article/snp-vision-of-independence-is-same-as-the-union-but-dead-shwfm3r6l

(2) For example, see his submission to the public inquiry held by the House of Lords Constitution Committee on 'The Union and Devolution' (Closing date 2 October 2015): Para 1 at: http://data.parliament.uk/writtenevidence/committeeevidence.svc/evidencedocument/constitution-committee/the-union-and-devolution/written/21975.pdf

Recommended Reading:
4 Reasons Why Sturgeon has No Legal Right to "Call" Referendum
www.aforceforgood.org.uk/debunk/ref1

A Wake Up Call to Unionism
www.abbup.org/single-post/2016/11/02/A-Wake-Up-Call-to-Unionism