A Force For Good held its 2nd AGM at a prestigious Glasgow city-centre venue on Saturday 27 January 2018, from 2-5pm.

We've released our first Annual Report, which includes details of our first financial Tax Year. You can download a PDF by left clicking on this link.

Annual Report released on this site on 27 January 2018 at 2pm; and report of the proceedings published below on 31 January 2018.

WELCOME
There were 19 present, including 6 members of our team who spoke. The first half of the Meeting looked back on 2017 and the second half looked forward to 2018 and beyond.

The Secretary, Alistair McConnachie, noted that A Force For Good (AFFG) was founded on 21 March 2012 – almost 6 years ago – and was incorporated with Directors on 27 April 2016.

He drew attention to our new Roller Banners which decorated the background. They are based upon the slogan "All for One-One for All" from the Alexander Dumas novels (The Three Musketeers, which was followed by The Four Musketeers). Indeed our "Four Musketeers" are Scotland, England, Northern Ireland and Wales. And in that regard, we like the "swashbuckling" connotations of this slogan, which fit our Unique Selling Point as an Action-Orientated (as well as Philosophy-Based) campaigning organisation.

He also drew attention to our A2 Posters, including our 2 most recent posters which are based upon a photograph of the Union Jack above Loch Lomond and Ben Lomond, and another based on a photo of the Kelpies when the Queen came to open a new piece of the Canal on 5 July 2017. These are for sale at £10 each (see below).

ANNUAL REPORT
He drew attention to our first Annual Report – the first we've produced after our first full set of Company Accounts. It was suggested from the floor that the high-quality presentation of the Annual Report was helping to "revolutionise our image" and the document will look especially good when we publish it in hard-copy!

You can download a PDF by clicking on this link.

STREET ACTIONS
Going through the Annual Report, Alistair spoke about some of our 12 Street Actions of 2017, and the importance of filming two of those via Facebook Live – which had allowed us to reach over half a million people. He also referenced the Written work that we've done, as well as the Campaigning Materials which we have produced.

He pointed out how our activism had "influenced the mainstream media news stories" in at least two important cases, including the highly successful "Govanhill Posters" stunt. This was timed specifically to confound Nicola Sturgeon's "Second Referendum" debate in Holyrood, during the 3-day period in which our story ran throughout the UK – including on national ITV!

Furthermore, pictures of our stunts in previous years, 2015 and 2016, were still appearing in the media today, including two examples in the previous week. For example see the Times Online report (25-1-18 pic of Alistair on the Buchanan Gallery Steps on 4-5-16, pictured right).

Our Police Liaison and Security Officer spoke about our Street Activism this year.

However, we also have a 5-Year Plan. We believe, if we can continue to work the Platform in the committed way that we've been doing, and if we are able to achieve funding for advertising, then we can reach 100,000 Page Likes within 5 years – by the end of 2022 – if not before.

He spoke about the importance of the "engagement" metric. Large numbers of Total Page Likes without any "engagement" on the page is pointless. He mentioned that some weeks we already outperform many key unionist and nationalist, and political party sites in terms of "engagement".

Our Social Media Admin spoke about the importance of moderating our Facebook page, maintaining standards, and keeping it a "safe" place for pro-UK supporters to post.

POLITICAL LOBBYING
Our Political Outreach Administrator spoke on the 152 communications which he had made to a selection of MPs, MSPs, MEPs, Lords and Journalists – since 20 Feb 2017 – and which were intended to help lead them towards our Philosophy and Policies.

He presented a document which detailed the dates, and topics, and names of those approached.

There was evidence that we were having an effect and several cases were mentioned where we could tell from the language used that some politicians had been influenced by our work. This especially related around refusing a second referendum, and our advice to them on how to acquire a mandate to refuse a second referendum.

The Secretary mentioned that we are often educating MPs from first principles, and it would be wrong for us to presume that many "unionist" politicians these days even know what the Union is! Therefore, this work is absolutely crucial. 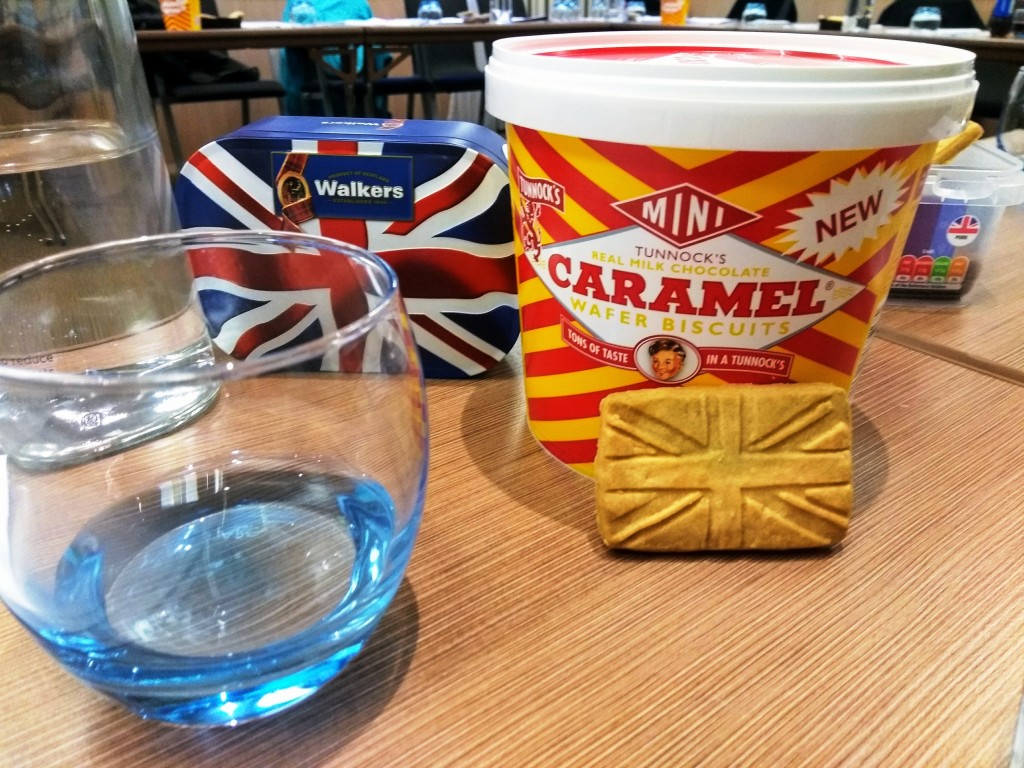 FINANCES
The Treasurer expanded upon the figures recorded in the Annual Report for 2017, emphasising how much we have done on so little, and without any Salary or Rental bill!

GOALS FOR 2018
Following a 15-minute break, the Secretary spoke of the Street Action, as well as ideas for Leafleting and Lobbying, which we plan for this year. He also mentioned Campaign Supplies which we want to create and purchase.

Union Jack Shortbread and Tunnocks Chocolates were the order of the day at our 2nd AGM.

OPERATIONS AND TECHNOLOGY
Our Operations and Technology Manager spoke about the importance of understanding "Operations" and its relationship to "Technology", as well as Internet Security and Data Protection.

TREASURER'S APPEAL
The Treasurer listed the Goals which had been mentioned and described the financial requirements necessary to achieve them. The Aim for 2018 is to raise £12,000, as it was in 2017.

Encouraging monthly Pledges (Standing Orders) will be a priority this year. These allow us to plan ahead with a degree of financial security.

The Treasurer emphasised that it was important for supporters to donate now – while we have the time to build a pro-UK movement.

The money is needed today in order to build an operation which will be effective if there were ever to be a referendum in the future. A frantic rush to donate in the last 3 months of any referendum campaign will be too late in the day!

Furthermore, referendum or no referendum, the work we are doing in order to promote the United Kingdom is valuable in itself because it helps to maintain and build a patriotic pro-UK attitude among as many people as possible.

People can help by using the links below.

UNIONISM and the EU
The Secretary explained that prior to the 23 June 2016 referendum, we did not emphasise the matter of the EU at all. We understood Leave or Remain was a matter that tended to divide Unionists. For several months after the referendum, we didn't broach the question either. However, when we realised that the SNP was using Brexit as a weapon against Unionism, then we realised we couldn't and shouldn't avoid it.

We understand that some Unionists may prefer a position of maintaining strict neutrality, and they have their reasons for that. However, we do not feel that we can maintain a position of neutrality and still remain relevant to the overall direction that the UK is going. We do not believe that is a sustainable political position.

However, while we do not put our pro-Brexit position front and central, we are not going to shy away from it in those cases when it is necessary to say something! As mentioned by an Observer at our first AGM, we believe it has a potential to help bring the UK together over time.

Our Operations and Technology Manager expanded briefly upon the relevance of Brexit to the UK in a way which philosophically strengthens our position, and which added a new perspective to our understanding.

GROUP DISCUSSION and SUGGESTIONS
Among several points, a former Police Sergeant spoke for 5 minutes about how best to deal with provocation on the street, and how a Police Officer considers the situation between two apparent antagonists. 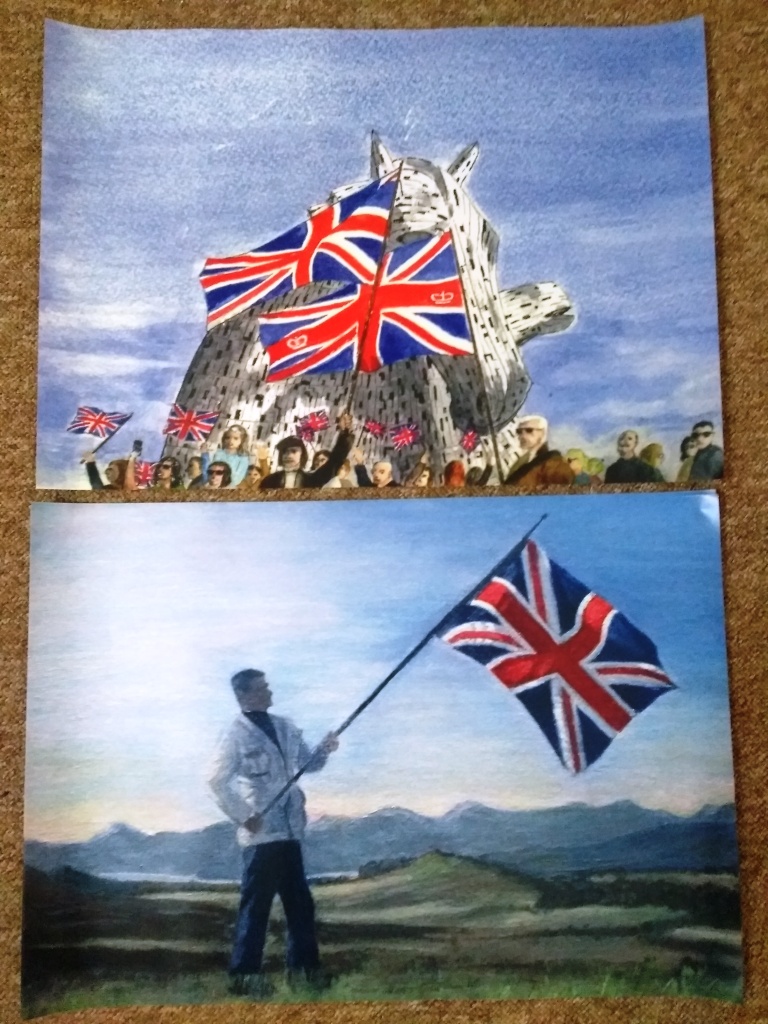 The Secretary responded to a question on how AFFG sees itself in the marketplace as compared to other unionist groups.

That means appealing to those – especially here in the West of Scotland – who are naturally "our way" on these matters, in order to help them notice us; help them maintain their belief system in the face of constant attack from the ScotNats; and encourage them to help us with Action and Funding.

Donate to our Research and Street Activism via PayPal here:
tinyurl.com/ydxne3qx