A Force For Good: Our 4 Pro-UK Principles 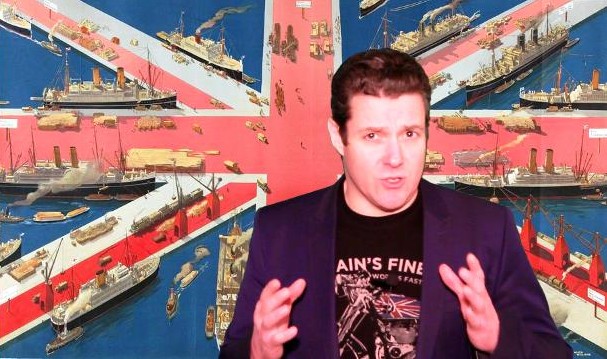 The following video, presented by Alistair McConnachie was released on YouTube on 24 January 2016. It was the first video of our 2016 Video Project.

We've also published the video on our Facebook site at UKaForceForGood from where it can also be shared.

Transcript posted on this site on 26 January 2016.

My name is Alistair McConnachie, Director at a Force for Good, a pro-UK organisation coming to you from the Great British City of Glasgow.

In this video we're going to tell you our 4 fundamental principles upon which we stand, and which also describe for us the Territory, the Nature, the Purpose and the Form of Government of our United Kingdom.

These 4 points represent the Position from which we judge the Philosophy, the Policy, the Projects and the Activity which we promote:

Our first principle: The United Kingdom of Great Britain and Northern Ireland shall be maintained.

Great Britain and Northern Ireland is the Territory.

Our second principle: The United Kingdom is, and shall remain, primarily a Unitary State and One Nation.

That is to say, we're not merely a "union of nations".

We are primarily and predominantly a Nation of Unions.

We are not merely a "family of nations". We are primarily and predominantly a Nation of Families.

And that's important because if we conceive of the United Kingdom only as a "union of nations" then we are thinking of the UK in a very unstable way.

We are opening the door to forms of destabilising devolution which do not properly take into account our Unitary Nature.

Which do not properly take into account our Oneness.

And these forms of destabilising devolution which do not properly comprehend the Nature of the United Kingdom will grease the slippery slope towards forms of federalism, and slow independence, and ultimately separation.

Our third principle: Ever Closer Union between all the people and parts of the United Kingdom shall be pursued.

That is the Purpose of the United Kingdom.

You know, the EU has as its fundamental organising principle the aim of ever closer union between all its member states.

Well, if the EU can be doing this, the United Kingdom should certainly be doing so!

And our fourth principle: The House of Windsor shall continue to provide the Head of State of our United Kingdom.

That is our Form of Government.

We are a Constitutional Monarchy where the Queen is the Head of State, and where the ultimate authority to make and pass legislation rests with the British Parliament, and the People who elect it.

And we recognise the importance of that Form of Government in conferring upon our Islands our Unique Identity.

So that's where we are coming from.

Because, as we say, the passage of time should be bringing us all closer together. It should not be driving us further apart!

And please check out our content-rich website, a Force For Good dot org dot uk which we've been publishing since March 2012.

My name's Alistair McConnachie and this has been A Force For Good Production.

If you appreciate this article, please consider donating using any of the links at the top right hand side of this page; or send a cheque, details on our Donate page. You can also stay in touch with what we are doing by signing-up to receive our free regular Update email, by entering your details in the 'Receive Free Newsletter' box at the top right of this page. You can find out more about A Force For Good at the About page. And here is a link to Alistair McConnachie's Google Profile.