Our Vision for Scotland is...in Britain 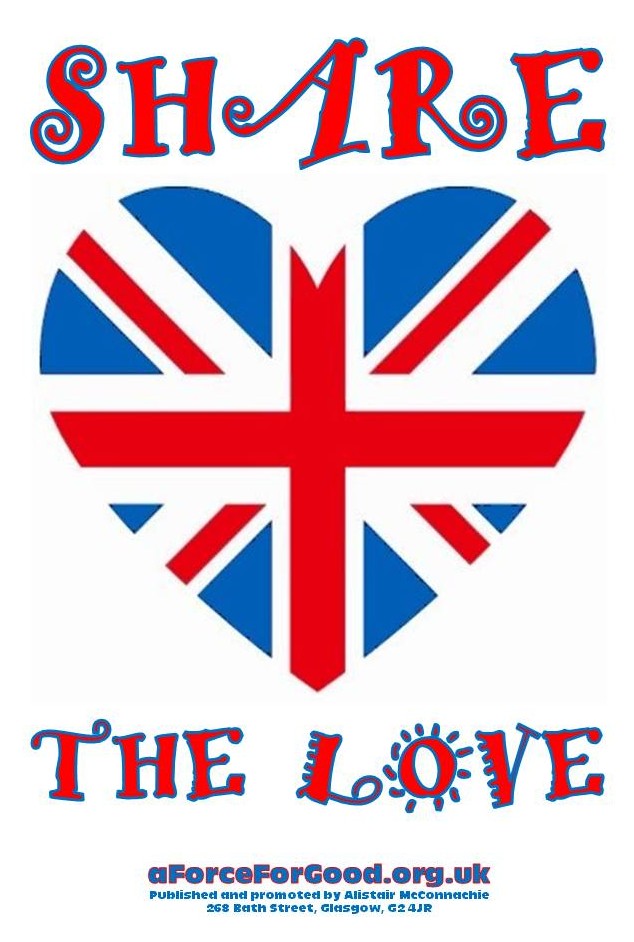 Nationalists will always ask their leading questions, "What Kind of Scotland do you Want?" or "What is your Vision for Scotland?" Our first response should be, "A Scotland that is always part of the UK!" says Alistair McConnachie.
Posted 8 March 2013 and updated on 23 July 2015.

Nationalists like to ask Unionists about "our vision" for Scotland, because they know that the pro-UK side is a politically diverse coalition.

This article is intended to help us clarify our thinking, prior to contemplating a response.

The ScotNats are hoping that because they are asking "the vision" of, essentially, 3 different political parties - which are founded on different philosophies, and which advocate different policies - then any collective pro-UK vision will not necessarily cohere.

Very often, at the referendum they also expected the pro-UK side to list their policies for Scotland, post-2014.

This is because they wanted to get us fighting among ourselves. Distracting us into arguing over our different policies, rather than enabling us to concentrate on the fundamental pro-UK philosophical standpoints which we share.

Philosophy is the underlying belief system; the principled rock upon which we make our stand - such as "we believe in equal treatment under the law for all British citizens." That is a pro-UK philosophy.

Policy flows from the philosophy and is intended to make it real. Philosophy creates policy. So, for example, "equal tuition payments for all students in Britain" would be a policy in accord with the fundamental philosophy of equal treatment under the law for all British citizens. (Clearly, the present unequal student payments throughout the UK are in contradiction to that fundamental philosophy; are damaging to the social fabric; is an area that should never have been devolved; and should be changed to bring it into accord with the philosophy.)

The important thing to note is that policies change depending upon the philosophy of the governing parties.

Vision is the picture of the long-term ideal scenario that one wants to create, based upon one's philosophy, and as a result of the action of one's policies.

It can be described in broad philosophical terms, or it can be described with specific reference to the policies one would like to see enacted into law. In that regard, there are general "legislative" policies, and bigger "constitutional" policies.

The Legislative (law-making) Vision
Some nationalists want "independence" because it will, in their opinion, deliver their wish-list of general policies which they happen to think are a good thing, such as "free bus passes" or "free prescriptions" or "free...whatever", or "more windfarms".

This could be considered the "legislative vision" - the list of general policies, enacted into law, which one may prefer, based on one's philosophy.

However, the policies which will be made into law - whether Scotland is in or out of the UK - will be the policies which the administration of the day happens to enact. They will be made by the various political parties who can and should be expected to speak for themselves. They will be decided as a consequence of the economic circumstances pertaining at that time. Those tasked will be the people who have been elected to political power - whether ruling by majority, coalition, or cooperation.

Therefore, it is not possible, right now, to say what these policies shall be. One can only suggest what one would prefer in one's ideal scenario.

The Constitutional (the frame of government) Vision
These are the "big picture" policies, enacted into law, related around our fundamental governing institutions and their operation. Into this area come our laws regarding the voting system, the House of Lords, membership of the EU, and indeed, Scottish "independence".

2. Or are they expecting us to explain a constitutional vision of what would happen to, for example, the proportional representation voting system, or regional devolution in England?

This is especially so for politicians. They should refrain from making promises about what may be round an unseen corner, as Prof Hugh McLachlan has pointed out.

3. Or are they asking us to paint a broad picture about our ideal circumstances in a general sense, for Scotland in Britain post-2014, or now post-2015?

Scotland in Britain: Our First, our Last, our Everything
A Force For Good often lists policies which we would like to see enacted - related to both basic legislative matters and wider constitutional issues - which we believe would work to maintain and strengthen the Union, and which will help secure Scotland's place within Britain. For example, Ever Closer Union: Over 50 Suggestions to Promote the Social Union and the Cultural Value of the United Kingdom.

All of it based upon our fundamental philosophical belief that Scotland's place is within Britain, that our destiny is to be part of Britain, and that a safe, secure and successful future will be found within the United Kingdom.

Upon that fundamental premise, everything else rests.

It is where our vision for Scotland starts...and stays.