The Nature of Political Authority in the United Kingdom 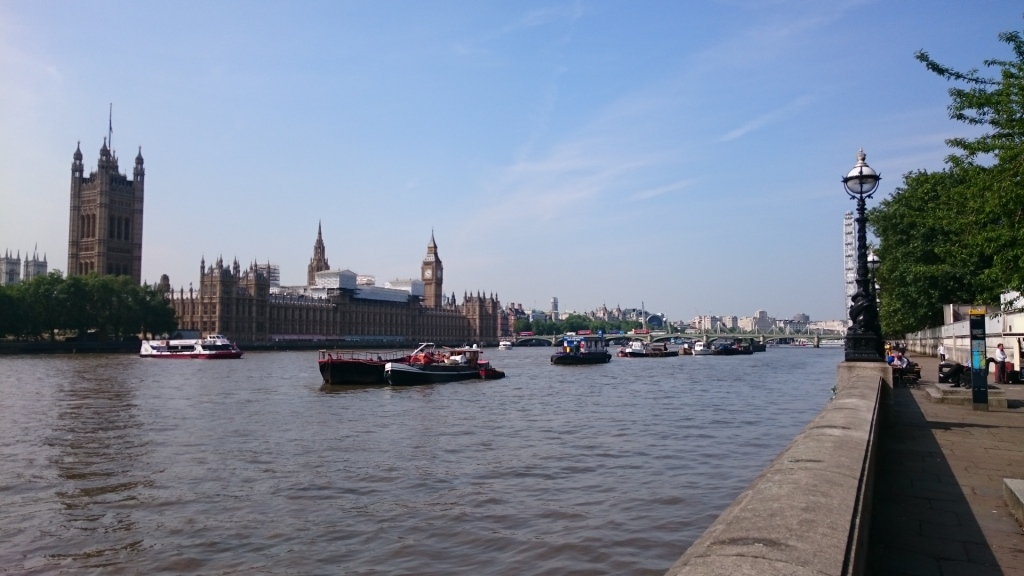 On 24 January 2017, the Supreme Court upheld the High Court's decision that Article 50 had to be presented and passed by Parliament rather than by the Royal Prerogative exercised by the Prime Minister. This case has brought into sharp relief the nature and location of "sovereignty" in the United Kingdom. This article by Alistair McConnachie was first published in the Winter 2016/17 issue of Britain the quarterly newsletter of The Anti-EU League.

[Info on the Author: Between July 1999 and June 2009, Alistair McConnachie was the Editor and Publisher of Sovereignty: A Journal for Self-Determination: National, Local, Personal. Over a 10-year period of 120 monthly issues, this 8-page subscription newsletter became – and has remained since – the only non-party-affiliated monthly journal in the euro-realist movement in the UK, and the only one, of any kind, based in Scotland. Its back catalogue represents a remarkable insight – politically, historically and academically – into this movement during the period July 1999-June 2009. Only a very small amount of the material is published at its website, where the entire Back Issue set can be purchased at sovereignty.org.uk ]

Photograph of the Houses of Parliament copyright of Alistair McConnachie, taken on 9 June 2016.

The controversy over whether Parliament should have a say in triggering Article 50 has been constitutionally instructive. It has revealed that virtually all MPs, and most people, are entirely confused about the nature and location of "sovereignty" in the United Kingdom.

First, our definition: We are defining "sovereignty" as "political authority".

Some people are saying, rightly, that "the People are Sovereign" and have indicated "their clear intention" to Leave the EU – or at least, 52% of them have indicated such, and that's the majority, so it should be obeyed!

Others have pointed out, also rightly, that "Parliament is Sovereign" and so the ultimate decision should rest with Parliament.

So who is right? Where is political authority located? Is it in the People or Parliament?

The answer is that it is found in both – but not at the same time – and this dichotomy finds its resolution in our unique "Representative Parliamentary Democracy".

WHAT IS A REFERENDUM?
Let's go back to first principles.

A referendum is a giant Survey of public opinion, intended to guide MPs in their behaviour; a giant Opinion Poll.

For an MP, a referendum is a powerful guide to behaviour. But it should not be considered more than that.

A referendum does not constitute authority, in and of itself.

It is not "binding" on Parliament.

Nothing can bind a sovereign Parliament.

AUTHORITY IS SINGULAR
The reason is because authority is singular. It can only be located in one place, at one time.

Authority is usually located in the British Parliament. Hence the expression, "Parliament is Sovereign".

However, at a General Election, the MPs resign en masse and authority is passed back to the people – and "the People are Sovereign" again, for a time.

During a referendum, the MPs do not resign; Parliament continues. This means that authority continues to be vested in Parliament – in the bodies of each MP – who, so long as he or she remains in their positions, must always have the final say on the matter – even if that means he or she going against the Majority Opinion as expressed in a referendum.

Of course, usually they will go along with Majority Opinion.

But if they don't, then there would have to be a General Election – where authority is passed back to the people.

At that point we would discover the extent to which the people who voted at the referendum were also prepared to vote for candidates who represent their position on the disputed matter.

A REFERENDUM IS ADVISORY ONLY
From this we see that the notion that referenda should be "legally binding" on Parliament is not correct. It utterly misunderstands the nature of political authority in the UK.

The Majority Opinion which is expressed is not authoritative – it does not have to be obeyed; rather it is advisory, and the politicians in whom authority continues to be vested may or may not choose to be influenced by it.

And this is quite right from an objective point of view!

After all, why should – and how can – a giant Opinion Poll held on one day, expressing only the views of people on that day, be considered a definitive expression of the will of the people for all time?

Referenda should be intended only to guide our MPs, but the result is not, and should never be, binding upon Parliament.

It is ultimately the MPs who must have the final say over whether or not to follow the majority on this matter.

DEMOCRATIC NECESSITY OF PARLIAMENT'S ULTIMATE DECISION Some people will say that a majority must always carry the day.

However, a "majority", big or small, is a blunt instrument. The sovereign will of "the People" can be said to have been exercised in a sense, but the result should not constitute absolute authority over the minority.

For example, in the USA, a majority elected Hillary Clinton for President, but the Electoral College meant that Donald Trump won. In the USA, the majority popular vote is not necessarily supreme and decisive.

There is a reason for this. Without the Electoral College, then the sheer size of California and New York would mean that their populations alone would determine the Presidential result forevermore.

So, the minority still need to be represented and to have a degree of authority themselves.

In the UK, that is found by accommodating and resolving their concerns through our Representative Parliamentary Democracy – which can represent and articulate the concerns of everyone who voted, regardless of what side they voted for.

It helps to accommodate everyone, not just the majority that voted Leave, but also the substantial minority which did not; and by doing so it helps to reach some sort of resolution.

For example, Britain is still not out of the woods as far as Scottish separatist agitation is concerned!

In this regard, fettering the power of the Prime Minister to do what she wants is important for everyone who believes in the continued existence of the UK in the first place.

After all, look what happened at the referendum in 2014. David Cameron utilised what's called, "the Royal Prerogative power" – which is vested in him as Prime Minister – to make a unilateral decision to hold a potentially nation-destroying referendum.

What that meant in practice was that the people of England, Northern Ireland and Wales were not included in the decision to hold a referendum – if only through the mechanism of their elected Representatives having a say about the matter in Parliament. They were not included in a decision which potentially could have led to the destruction of the UK!

We don't want that to happen again. We want there to be as many barriers as possible in the way of breaking up Britain. So if there is talk of a second Scottish referendum, then the fact that all of Parliament should be included in the decision is a potential barrier that we can throw up.

We can use the precedent of the Article 50 decision – now that it has been upheld by the Supreme Court – as a barrier against unilateral Royal Prerogative behaviour which might grant a second referendum.

We would hope that many MPs would argue against holding such a thing! After all, this isn't just a matter for MPs in Scotland; it's a matter for all MPs.

And consider this: Imagine that we lost a second referendum on Scottish separation!

Does anyone really accept that we should break up the United Kingdom on such a flimsy basis?

Surely, we would want many of our MPs to be strong enough to stand against such a catastrophic result.

The above explanation of the constitutional nature of referenda enables them to do exactly that!

CONCLUSION
A referendum result does not constitute any seat of "political authority", per se, but it does constitute guidance. All referenda are only advisory, albeit influential. They are not necessarily to be obeyed.

Some people won't like to hear that, but from a pure constitutional position, it is correct.

This is because political authority is singular. It is only found in one place, at one time.

Further Reading:
We are grateful to Stewart Connell and his work at CommonRepresentation.org.uk for helping us clarify our thoughts on this matter.

Also, check out this article on referenda from "A Better Britain Unionist Party" Why we must Oppose a Second Referendum

We have written previously on the nature of Sovereignty here Contrary to what Separatists Say, Sovereignty in Scotland and England is the Same (and yes, we know all about 'Lord Cooper's famous dictum')