Making a Case for Britain's Monarchy 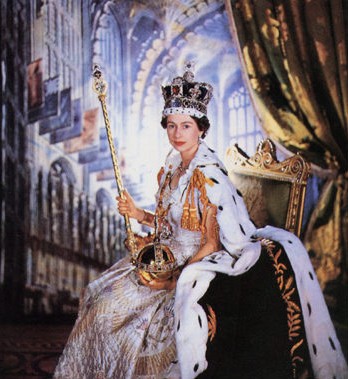 On Wednesday 14 November 2001, Alistair McConnachie led the opposition at St. Andrews University Debating Society against the motion "This House Would Abolish the Monarchy".

Putting the case for the abolition was Joan Burnie, Deputy Editor of The Daily Record, and a University student. The Motion was successfully opposed.

AN IDEAL HEAD OF STATE
So long as we believe in nation states and so long as we need governing systems to govern nation states, then we will continue to need Heads of State: people who can represent the nation to itself and to the world. A Head of State can provide a personal identity to an impersonal State, and a collective sense of itself.

A Head of State who does not owe his or her position to either patronage or a vote can more properly represent all the people.

Consider that a President who has been elected, often by a minority of a minority of the electorate, cannot adequately speak for the people who did not vote for him or her. It is even worse if the President has been appointed, because then he owes his position to a small clique.

So, the accident of birth is the best means of appointing a Head of State. Someone who has no party political axe to grind, or special favours to repay to a vested interest.

Far from being "incompatible" with democracy, a Monarchy can thereby enhance the government of the land.

A DISTINCT SYMBOL OF NATIONAL IDENTITY
The Monarch is a national icon. An icon which cannot be replaced adequately by any other politician or personality. This is because the British Monarchy embodies British history and identity in all its aspects, both good and bad.

When you see the Queen you not only see history since 1952, when she took the throne, but you see a person who provides a living sense of historical continuity with the past. Someone who embodies in her person a history which extends back through time, back through the Victorian era, back into the Stuart era and beyond. You see the national history of all parts of our islands, together, going right back in time.

A living continuity between the past, the present and the future.

That's something that no politician can provide. When we look at Tony Blair, for example - whatever you may think of him - we see nothing meaningful on a national scale, pre-1997. [David Cameron? Nick Clegg? Who had even heard of them prior to around 2008?] All politicians come and go, but Monarchy outlasts.

With its traditions, its history, its ceremonial, and with its standing and respect throughout the world, the British Monarchy represents a unique national treasure, without which the United Kingdom would be sorely impoverished.

If you value national distinctiveness, you should be a Monarchist.

If you are anti-globalist you should be a Monarchist because Monarchies represent the different national traditions and distinctions among the nations.

As the global financial system rushes us all towards a world intended to eradicate all local and national distinctions, the Monarchy stands out as different, distinct and valuable. Constitutionally, practically, spiritually and symbolically the Monarchy is a national treasure, the loss of which would change the character of Britain, and not in a good way!

VARIOUS OBJECTIONS
"The Monarchy Sustains Class Injustice"
This is just rhetorical hum-bug. If you want egalitarianism then look at Norway and the Netherlands - both highly "egalitarian" societies, and both monarchies. If you want oppression and class injustice then look at the countries in South America, almost all of which are republics! Indeed, the Monarchy is a concept which can transcend class divisions in the sense that, in the eyes of the Monarch, all are equal before the Crown.

"The Monarchy keeps us Serfs on a Feudal Estate"
Today it is the global financial system which keeps all the people of the world effectively enslaved on a Global Plantation, at the same time as it rushes us all towards a world void of unique national differences.

The monarchy plays no role whatsoever in this very real and on-going system of oppression. Indeed, to the extent that the monarchy represents a unique national icon, it stands opposed to it. People who attack the monarchy should concentrate on the real enemies of freedom and democracy, instead of distracting us with a red herring.

"The Monarchy is dripping with Wealth in a Sea of Poverty"
Again, if you are really concerned about poverty in our society, then you are doing a genuine disservice to the cause of social justice by diverting blame upon the Queen of all people. She is not the cause of poverty, and without her there would still be poverty.

If you want to criticise people who have amassed large quantities of money to the detriment of society, then look in the right direction. Switch on the television, and open any magazine, to be assaulted by images of obscene wealth and genuine exploitation. You'd have to have led a rather sheltered life to mistakenly focus on the Queen as a culprit!

"It Encourages a Deference incompatible with Modern Society"
Too much "deference" is not really a problem to society today! Quite the opposite! In any case, you will only "defer" if you so choose. There is no compulsion, and deference is not self-abasement, it's modesty and humility. Those who don't want to bow, don't have to bow! In fact, we would advise such people against bowing, unless they want the chip to fall off their shoulder.

"It's a Costly Extravagance"
The annual cost of around £32 million [2010-2011] is good value for money. In any case, Monarchy is meant to be majestic, yet there seems to be a deliberate move to diminish the majesty of the Monarchy. The pageantry, the ceremonial are all part and parcel of Monarchy - not intended to glorify Mrs Windsor, per se, but intended to elevate the national icon. A nation which values itself will treat its national icons with prestige and respect.

"Look at the Behaviour of the Royals"
Don't confuse the personalities of the Royal Family with the concept of Monarchy itself. Personalities come and go but the principle remains.

"It Encourages People to Live in a Fantasy Land. They are a Diversion"
On the contrary, the Monarchy is real. It is television and the media which deliberately diverts people and encourages them to become obsessed with pop stars and soap operas, which are fantasy.

"The Monarchy will eventually be Abolished"
The truth is that the concept of Monarchy is forever. Even if the Monarchy were officially "abolished", it only takes one person to say, "You are my King" and the Monarchy lives.

"Why should Taxpayers' money be spent on a Royal Yacht?" The notion is always put about by the republicans that "taxpayers money" could be better spent on something else; "hospitals", for example. However, this "taxpayers money" argument is a con, intended to make us think that it is a crucial choice between one or the other. It's not an "either, or" situation. We should be spending on both.

The fact is that the "taxpayers money" which would build the Royal Yacht would enter the community which is building the Royal Yacht, it would generate local jobs, skills and pay local people's wages. It's called investing in industry!

Investing in industry is just as important as investing in "schools and hospitals", and not everybody can get a job as a teacher, a doctor or a nurse. The same goes for any spending on the monarchy, whether it's the Royal Trains, Planes or Automobiles. The money spent ultimately ends up in a worker's wage packet. That's a good thing!

In addition to this very practical benefit, money spent on a Royal Yacht, for example, is money spent on conferring prestige to the national icon and thereby esteeming the nation she represents, in its own eyes, and those of the world. That's another good thing!

THE REPUBLICAN CASE FALLS DOWN
It argues on the superiority of democracy only, without realising that Britain has shown that the Monarchy can be integrated into the democratic process quite adequately.

Moreover, the republican case falls down on:
- Its small minded, envious objections to petty things like the cost, or the ceremony. The fact is that the Monarchy provides extremely good value for money.
- It fails in its inability to explain the nature of the system which would replace the Monarchy.
- It fails in its lack of historical consciousness. Some of the worst bloodshed ever has been a result of the overthrowing of monarchies.

You can read more on the arguments against a British republic, when Alistair McConnachie appeared on BBC Radio Shropshire.