The Patriotic Case for the British Broadcasting Corporation 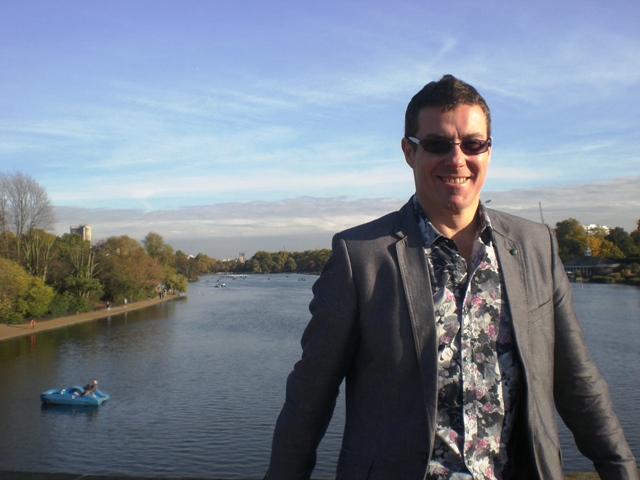 If the BBC were to be privatised, the only people who would benefit in the long-term would be the separatists who hate its ability, and its potential, to create a sense of British identity throughout our Islands, says Alistair McConnachie.

It is becoming common to hear and read people advocating that the BBC should be privatised. We were concerned to hear Prof Tim Congdon advocate such a policy at a recent meeting in Hamilton on 13 November 2013.

Such a desire strikes us as being based in political disagreement, an over-concern for the economic bottom line, and a disregard for the BBC as a vital institution of the British state.

Firstly, we should not advocate abolishing something of value just because we, personally, happen to disagree with it on some political matter, on any one day. That would be totalitarian in attitude.

Secondly, economics should not always be the ultimate measure, and thirdly and most of all, the BBC remains a central focus for British life. It is wrong for patriotic people to attack a British institution in this way.

THE BBC AS A NATIONAL INSTITUTION
Let us emphasise that word, "British". The BBC can be a focus for the British national life. It can create a sense that there exists a British national cultural life of which we are all part. From this comes a sense of British national identity and shared Britishness.

If the BBC were to be privatised, not only would these things be lost, but programming would devolve to the lowest common denominator. Yes, we are well aware that there are BBC programmes which may be politically biased, and sometimes there may seem to be little "culture" on display. But that is not the point.

THE DANGERS OF PRIVATISED PROGRAMMING
Anyone who has ever visited the USA will be struck by the sense in which the televisual medium provides no sense of an "American national culture", or "national centre". There is no national broadcasting corporation which makes you think it is representing "the nation".

US television is simply a collection of commercial channels beaming out news and entertainment – and mainly advertisements – to the masses. Indeed, in the USA, and as a direct consequence of commercialisation, a sense of anarchy seems to pervade the broadcasting medium and the popular culture generally.

In short, there is no sense that there exists a common national cultural life – and that is a consequence of the commercialisation of US broadcasting.

Privatising the BBC would destroy any chance to maintain and develop a sense of a common British national cultural life. In that sense, it would also be an attack on Great Britain itself!

THE SEPARATISTS HATE THE BBC
Perhaps some people in England don't appreciate the extent to which the BBC creates a sense of British identity in the Scots, Welsh and Northern Irish. If they don't, then there is certainly one group of people on our Islands who do, and who positively loathe the BBC. They are the separatists. They absolutely hate it!

Make no mistake, the separatists recognise the importance of the BBC in reminding Scots that they are part of a wider nation called the United Kingdom. Consequently, the SNP wants to ditch the BBC, just as it wants to ditch all the other elements which make up Britain and Britishness.

(That is why it wants "broadcasting" to become a competancy of the Scottish Parliament.)

"BUT THE BBC IS BIASED!"
As for "bias", the BBC is like any other company. It reflects the people who, at any one time, make up its workforce. To attack the institution because we don't like what it is producing at this particular time, would be displaying the inconstant attitude which is a particular ailment of our modern times.

Just like those who answer opinion polls by saying they are happy with the Union if Labour is in power, but would change their mind if the Tories were in power – they are showing no sense that they understand, or care for, the big, long-term picture. Rather they are demonstrating their obsession with their own political points of view.

The answer to programming we don't like is not to tear down the institution, but rather to move our own people into the institution so they can provide the programmes and attitudes which we want. We must concentrate on developing a media culture which is informed by our ethics and worldview.

The BBC is a British national institution; it reminds us all that we are part of a country called the United Kingdom; it has the potential to create a shared national cultural life; and a shared sense of British identity. Some of its programming is extremely good too.

To privatise it would be a great victory for the separatists who hate the United Kingdom. Let us support it. The alternative doesn't bear thinking about.

Postscript: Since this article was published, we received some feedback agreeing that it would be a step backwards if it was privatised or abolished and that, "Many people do not realise a good thing until it is gone." However, it has been suggested that it needs to be made more accountable. Some suggestions have been:
- Cap the pay and perks of executives.
- Require it to cover more national British events and promote British identity.
- Attempt to achieve a more diverse political make-up of its employees, by preventing it advertising mainly in newspapers like The Guardian. We're not sure how workable that would be in reality – but the idea of trying to recruit a less politically-biased workforce is sound. Any other ideas, please contact us.