Ever Closer Union is Our Destination, Not Separation 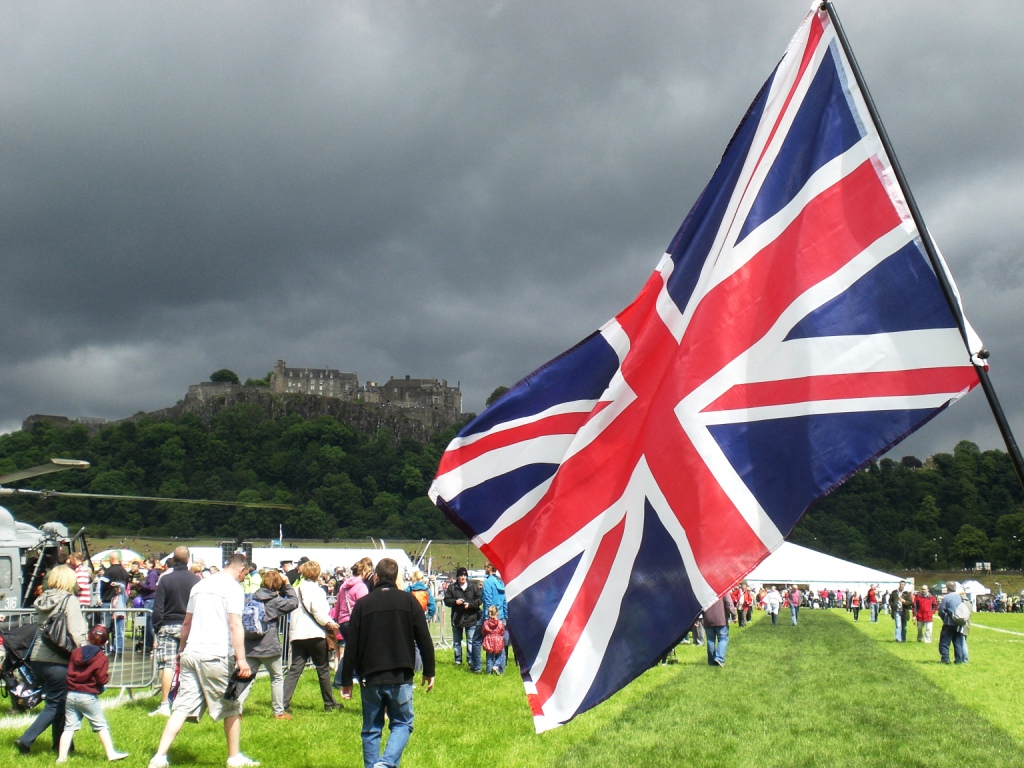 Nationalists believe that Scotland is on an inevitable path towards separation, but it is more realistic and optimistic - and more effective for us politically - to understand Scotland's past, present and future as an evolving journey towards ever closer union on these Islands, says Alistair McConnachie.

Here is a summary we've put together of a popular nationalist way of looking at things:

During the First War of Scottish Independence 1296-1328, Wallace and Bruce fought valiantly for the defence of a free Scotland against the oppressive "English", and succeeded against the odds. Yet, their heroism was betrayed by the "traitors" in the Scottish Parliament who were "bribed" by "the English" to "sell out" Scotland to "the English Empire" in 1707, under which we have been, ever since, in one way or another, "oppressed". But there is hope because we have a chance to redeem ourselves on 18 September 2014, and set Scotland back on its "natural" and "normal" path of "independence".

The common theme here is that Scotland's past has been a history of fighting to defend itself from its oppressive neighbour; a story of freedom won, then freedom lost; but now a chance to regain freedom; and enjoy our destiny as an independent state once more, separated and relieved from the shackles and burden of the Union for all time.

The overarching frame is that Scotland is travelling through time towards "inevitable separation". The past is interpreted through this viewpoint and policies for the future are devised to achieve this end.

So successful have nationalists been, recently, with this frame that sometimes we wonder if some unionist politicians have fallen into accepting the "inevitable separation" way of looking at things as simply a fact of life! As if the most they can do is just delay the fateful day!

If that is the case then it is because such unionists are not telling any stories of their own about British unity through the ages; and because they have no overarching unionist frame within which to understand these stories, and within which to plan and create policies of their own which will defend, strengthen and promote the union.

Well, this article is going to provide a frame - a way of looking at things - for them!

Our Frame: Evolution Towards Ever Closer Union, not Devolution to Ever Wider Separation
In contrast to the separatists' frame of "inevitable separation", we can understand Scotland as travelling through time towards ever closer union with the other countries in the British Isles. We interpret the past through this viewpoint, and we create our policies to achieve this end.

To the extent that anything is "inevitable" in life, it is union not separation.

For example, the beginnings of the union go way back in time. The intellectual case for the Union started not in 1707, or even in 1603, but rather has been an academically conscious idea among Scots since at least the 1500s 1 - while the physical, social, cultural, religious, and even economic justifications for it go right back into the mists of time.

For example, we recently viewed a Roman coin, found in Scotland, circa 119-28 AD, with an image of Britannia with a shield, on it on display in the Hunterian Museum, Glasgow.

As we have shown there was even a representative of the Scottish King at the ratification of Magna Carta at Runnymede in 1215 making the event and the document a thoroughly British affair - contrary to what the nationalists try to suggest.

As a further example of what we are talking about, let's interpret the First War of Scottish Independence through a unionist frame...

A Unionist View of Wallace and Bruce and the First War of Scottish Independence
Today, this period has been to an extent co-opted by the nationalists. It forms part of their separation story.

The nationalists view Wallace and Bruce within the context of "inevitable separation". For them, these two leaders stand as icons "of historic enmity." 2

As we said at the start, a lot of the nationalists consider that the gallant efforts of Wallace and Bruce to "keep Scotland free" have been betrayed by the "traitor" unionists since at least 1707. Hence the need to get back to some kind of "natural" or "normal" state of affairs where Scotland and England are separate from each other once more.

Wallace was seen as "a genuinely pan-British icon of liberty." 3

As Colin Kidd has written:

In particular, nineteenth-century commentators held the view that the conflicts of Wallace's epoch were not only - or even primarily - Anglo-Scottish but also involved the common, if then unrecognised, interests of the British nations of Scotland and England in the face of an alien (French) and imperialist Norman-Plantagenet monarchy. Wallace stood as an exemplar of British freedom in the face of the ambitions of the Plantagenet monarchy not only to a pan-British empire but also to a despotic form of government within England itself. 4

Kidd points out that:

The poet and dramatist Joanna Baillie (1762-1851) made the point that the Plantagenet despotism which the Scots had thwarted had been as much a threat to English as to Scottish freedoms: 'England as well as Scotland, under Divine Providence, may owe its liberty to [Wallace]; for, had the English crown, at so early a period, acquired such an accession of power, it would probably, like the other great crowns of Europe, have established for itself a despotism which could not have been shaken.'

Wallace and Bruce became unionist icons and the War of Independence the foundational moment not of an enduring Scottish independence, but of a medium-term independence which ensured in the long run that the Union eventually achieved in 1707 would be a genuine partnership of equals, not a conquest. 5

Many nineteenth-century Scottish historians and writers tended - without any sacrifice of Scottish nationality - to site their interpretations of the Scottish War of Independence within a longer unionist metanarrative. Indeed, some historians identified the Scottish War of Independence as the vital point of departure which had allowed a separate Reformation to unfold in Scotland, and, had, ultimately, enabled Scots Presbyterians to make their own decisive contributions to the winning of British civil and religious liberties in the Revolutions of the seventeenth century. 6

Therefore, the stories we tell about Wallace and Bruce do not raise them as symbols of conflict and opposition and "anti-Englishness", but rather place them as key figures within Britain's continuing evolution towards ever closer, more peaceful union.

Ever Closer Union is the Destination, not Separation
When viewing the past within the context of our evolution towards ever closer union we can understand that the story of Scotland's past has been a story of warring with its "neighbours"; a story of battles won; of a nation consequently able to stand on its own feet and able to enter into equal union with England; a story of greater freedom, peace and prosperity developed within that union; which has brought us to the stage today where we have a wonderful opportunity to reaffirm our union destiny, and its huge potential; and to know that whatever great endeavours we may start upon, we are better able to achieve them together.

Our evolving journey towards ever closer union is how we look at things. It is how we interpret the past and how we plan for the future...together.

The 700th anniversary of Bannockburn has come and gone and it is fair to say that the nationalists have not been able to hijack it in the manner that some may have feared. Perhaps the unionist view of Wallace is being appreciated once again! Here's a video we made on this very subject


(1) See Colin Kidd, Union and Unionisms: Political Thought in Scotland, 1500-2000, (Cambridge University Press, 2008), especially Chapter 2. We are indebted to this book and to Graeme Morton, Unionist Nationalism: Governing Urban Scotland 1830-1860, (East Linton, East Lothian: Tuckwell Press Ltd, 1999) for sparking the thoughts which created this article. There is no intention to suggest, however, that the authors would, necessarily, agree with the use to which we have put their material. Both Colin Kidd's and Graeme Morton's books available for purchase via our Store here.


(5) Kidd, Union and Unionisms, at 140. On this theme, see also H E Marshall's 1906 book, Scotland's Story, reprinted by Galore Park Publishing in 2006, especially chapter 31 on Wallace, and the final paragraph in that chapter, on page 107 in this latter edition.