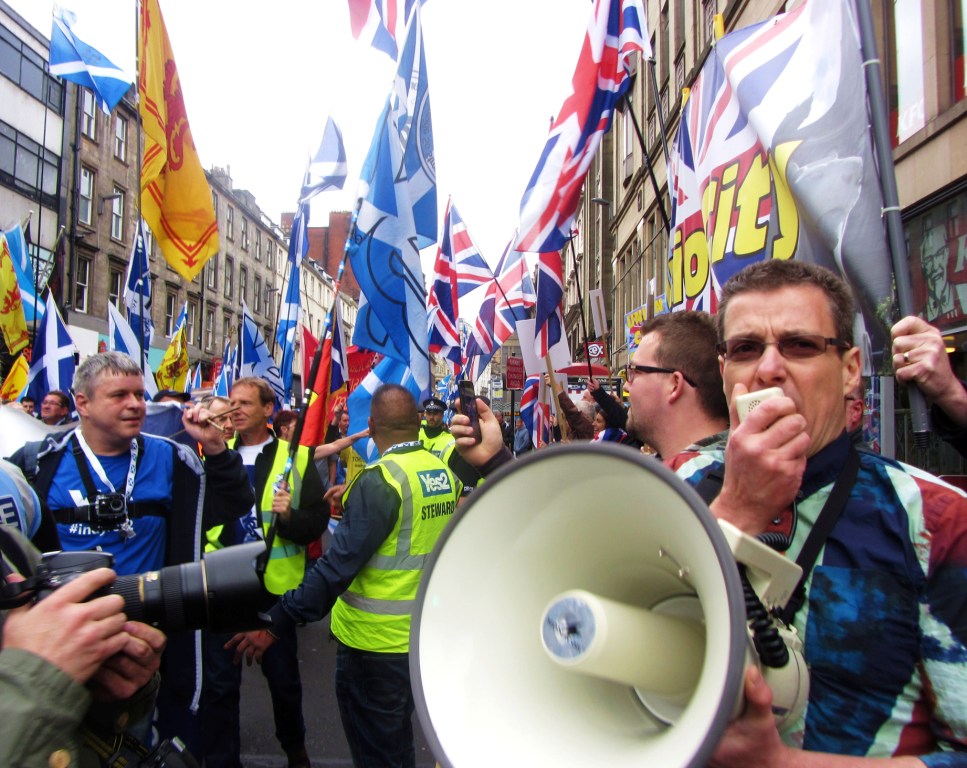 Alistair McConnachie explains the idea of "the 5,000 Year Old Union". Published on this site on 24 October 2017.

At our launch of our Union City Glasgow campaign on Union Street, Glasgow on 16 September 2017 (above) we made a remark to a passer-by, which was filmed, that the Union was "5,000 years" old.

This elicited hysteria and confusion in equal measure among the uncomprehending ScotNats – the more knowledgeable among them tracing "the Union" back to the Parliamentary Union of 1707 only.

Our "5,000 Year" quote got about so much that when our AFFG Activists celebrated the Union outside the SNP Conference on Sunday 8 October 2017, we were shouted at to, "Explain this 5,000 year old union to us!"

In it he states:

The increasingly dominant (Scottish) nationalist interpretation of our history should be understood as only one of a number of competing variants of that story. Thus the story of Union as an interruption, albeit one of more than three centuries duration, can be countered by the view that the centuries when "Scotland" and "England" existed as distinct political entities were actually the exceptional years.

I was reminded of this last week when hearing the news that archaeological excavations near Stonehenge revealed that the people there consumed animals reared some 500 miles north of modern Wiltshire.

We should be wary of mapping modernity onto pre-history, of course, but it remains the case that a vague concept of Britain — of the peoples of these islands being connected — predates pretty much every other surviving sense of identity we recognise today. It is certainly older than any coherent ideas of either Scotland or England.

Unionists, by contrast, may have the detail on their side but suffer from a romantic deficit. That requires them to counter the contractual interpretation of Union with another, deeper, more imaginative, sense of these islands' story.

Discovering and telling this story has been the work of A Force For Good since we established on 21 March 2012.

We have a Narrative – an overall Story within which we understand ourselves and make our case. It is a Union Story, and it goes right back to the dawn of time.

It begins, to quote the words of the song:

When Britain First, At Heaven's Command
Arose from out the Azure Main
This was the Charter of the Land
And Guardian Angels Sang this Strain
Rule Britannia, Britannia Rule the Waves
Britons Never, Never, Never Shall be Slaves.

That was written by the Scotsman James Thomson, who had the same attitude towards Britain as we do.

We believe that since Britain first came out of the sea and began to be populated, it has been on a journey through time, tending towards Union; towards ever closer and greater Union.

Sometimes suffering setbacks, but generally spinning through time and space, towards perfect Union – with our participation and help. 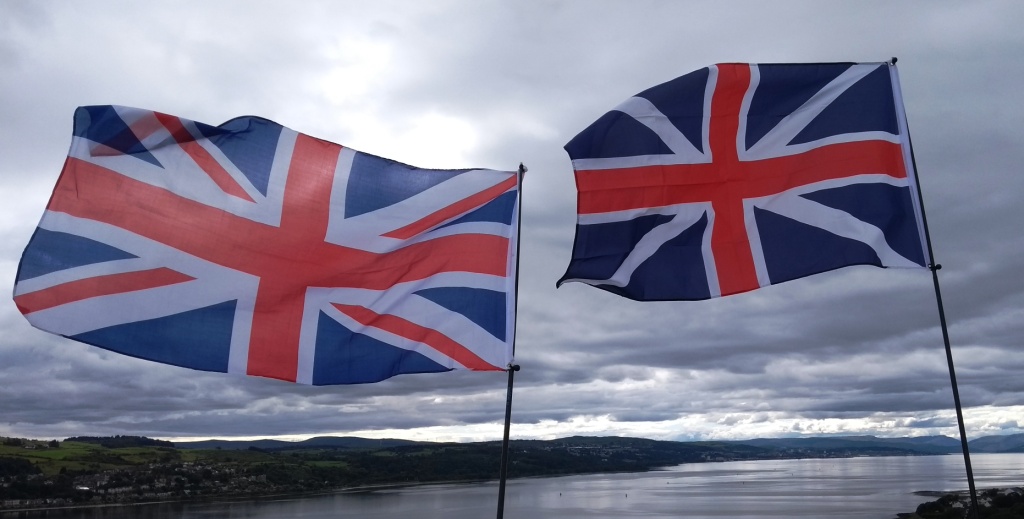 Pic: A Force For Good Activists fly Union Jacks, including a pre-Irish Union one, on top of Dumbarton Rock, 30-6-17. Dumbarton means "Fort of the Britons".

Indeed, Neil Oliver, in his 3-part series, Britain's Ancient Capital – Secrets of Orkney was able to carbon-date signs of life on the Ness of Brodgar to around 3,512BC. 2

As Oliver described it, the Ness of Brodgar "was the beating heart, the beginning, the capital, the wellspring of Britain's very first common culture".

It saw, "a shared common culture" especially in Neolithic architecture, and stone monuments, spreading from Orkney, throughout the British Isles and all the way down to Stonehenge in Wiltshire.

As Oliver stated about Orkney: "These Islands were the origin of the first united culture of Britain thousands of years before the United Kingdom came into being." 3

So when we talk about the 5,000 year old Union, we are not only talking about Parliamentary Union.

We are not only talking about the Unions between different people and tribes and kingdoms which eventually brought together the one Kingdom of Scotland in 843AD – or similar Unions in England, Ireland and Wales – although we're talking about them too!

We are also talking about our shared Social and Cultural Union which was born thousands of years ago at the very beginning of Britain - long before people ever thought in terms of "England", "Ireland", "Northern Ireland", "Scotland" or "Wales".

A Social and Cultural Union which continues today and which should be endless!

Because for us, Union is a perpetual process.

As Unionists, we think in terms of centuries and millennia. We don't think only in terms of the current parliamentary cycle. We discover and remember what happened 5,000 years ago.

If you like what we say, please support us by signing-up to receive our free regular Update email - which will keep you informed of new articles and relevant pro-UK information - by entering your details in the 'Subscribe' box at the top right of this page. You can find out more about AFFG at the About and Contact page.