The Progressive Alliance: One UK from A to Z

"Scotland, Northern Ireland, Wales and England, United Together, That's The Progressive Alliance!" said Alistair McConnachie, when A Force For Good's Activist Team met the Scottish Nationalist "All Under One Banner" march, which passed George Square, Glasgow on Saturday 3 June 2017. Here's a Transcript, and a Video, from part of our 40-minute presentation.

Transcript of Video: 'One UK from A to Z'
Delivered in George Square, Glasgow, 3-6-17.
Transcript begins>

The United Kingdom is the True Progressive Alliance
We're Stronger Together... 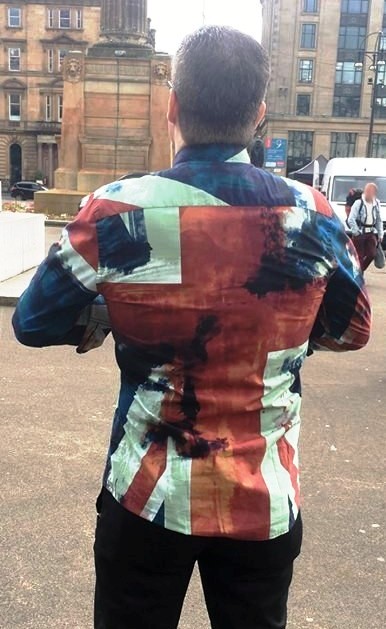 We are the United Kingdom
We are a Nation of Unions

Read our Work at www.aForceForGood.org.uk

Donate to our Work via this page.

If you like what we say, please support us by signing-up to receive our free regular Update email - which will keep you informed of new articles and relevant pro-UK information - by entering your details in the 'Subscribe' box at the top right of this page. You can find out more about AFFG at the About and Contact page.