A Separatist's Work is Never Done: Why the SNP will Not "Disband" after "Independence" 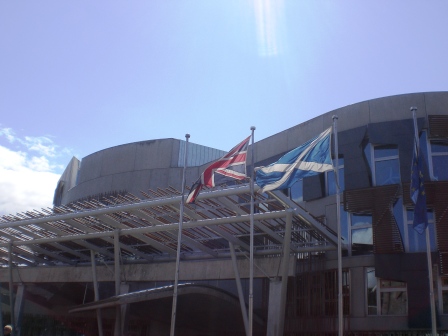 Alistair McConnachie on 4 reasons why the SNP is not going away on its own accord even if it were to win the separation referendum - and what this means for unionists. This article was posted on 3 July 2012.

Sometimes we hear it said that if Scotland voted for separation then the function of the SNP would be complete. It would disband, and leave it to the other parties to get on with the serious business of actually running the country, instead of causing everyone perpetually to obsess about the nation's identity.

But this is not how (Scottish) politics works!

If the SNP won in autumn 2014, then it might likely ride the crest of its successful wave and "sweep to power" at the next Holyrood election on 5 May 2016, with another controlling majority. It would then have 4 straight years to deliver its divorce settlement - or at least, 4 years to make a start on what would be the world's longest one.

So, of course it is not going to disband. In many ways, its work would just be starting.

(Of course, it could win the referendum, but lose the election in 2016 - and we'll deal with that intriguing possibility in a future article.)

Secondly, the fact of the matter is that the SNP right now, and certainly after so-called "independence", is a multi-million pound machine, offering well-paid political careers, and public status, to hundreds of people, as well as providing a political and social interest to thousands. The idea that all these people will just throw this away is as realistic as imagining that a successful company with a successful brand will one day just decide to shut up shop because it reached its sales target that year.

On the contrary, there is likely to be an influx of people wanting to join the SNP and get a piece of the money and action.

Thirdly, even if the SNP won the referendum, it would not disband because it knows that the other parties - Labour, Lib Dems, and Tories - are all generally unionist in their inclinations. The SNP knows it has to continue to exist in order to keep pressure on the unionist parties to travel in its separatist direction.

Fourthly, the SNP knows that the unionist parties, if elected to Holyrood in the future, could try to ignore the result of the referendum, or hold another one. Thus the SNP knows it has to continue to exist to counter such a perceived threat.

The SNP, whatever some may say, is going to be with us for a very long time.

Any unionists who imagine that the SNP is going to "go away one day after it gets its way" are deluding themselves.

The SNP will not disband if it wins its separation referendum - nor will it ever disband because it is never going to be satisfied with whatever momentary political settlement exists. Whether it wins or loses the referendum, there will always be some area of life where the separatist cause can be promoted and where the potential for more separation presents itself.

The only way to stop the SNP is to ensure it loses the referendum, and loses it hard, with no fall-back position (ie no "devo max" aka "independence later"), ensuring it lands painfully on barren ground. The party must then in-fight, fall out, and split, so it cannot obtain dominance in Holyrood ever again.

More on this in a future article.