How Nationalists Use Words to Get us Thinking Separately 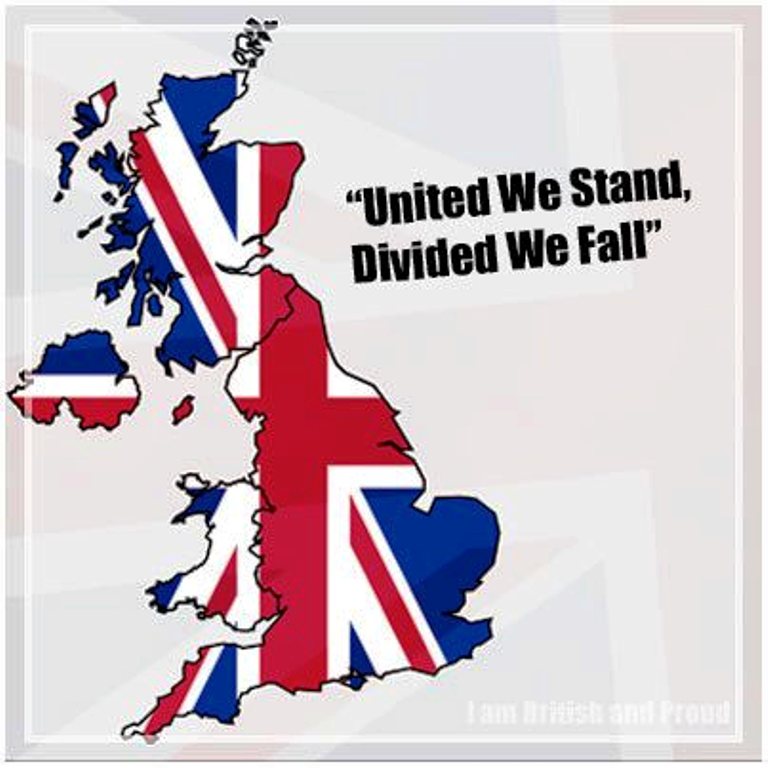 'South of the Border', 'London papers', 'Westminster Parliament', just some of the subtle phrases which deliberately frame the issue to create a bias for the anti-UK side. The nats use words to get us 'thinking separately', so let's watch our language, says Alistair McConnachie.
Posted 23rd February 2013.

Imagine a political point of "view" as something that we look at through a window. The window frame constrains the view and sets its boundaries.

In politics, it is language which has the power to frame the political view. It constrains and sets the view in our own heads.

If we use certain language to describe a political view then we can bias the discussion, in a subtle way, towards our point of view.

That's basic stuff, and we've talked about framing before.

In this article, we're going to look at a few phrases which we hear frequently from the nationalist side, but which are deliberate phrases intended to "frame" the debate in such a way as to create political images in our heads - often subconsciously - which act to bias the political discussion in their favour.

"South of the Border"
Alex Salmond uses this a lot, as do other SNP MSPs whenever they want to refer to England. Both The Scotsman and The Herald use the phrase and they even capitalise the word "Border" in their headlines and articles, apparently as a matter of editorial policy! It does several things:

It emphasises the notion in our heads that there exists some kind of physical "border" between Scotland and England in the first place - even though in reality it exists only as a line on a map with no geographical or man-made physical divide.

It emphasises that Scotland and England are "distinct" countries - separated by "a border" - even though in reality they merge seamlessly into one another.

Once we accept that there is this "border", then we start to separate Scotland and England in our heads and in our thinking.

This encourages the idea that we are separate countries already, instead of one - Britain. (In that regard, the nationalists don't accept that Britain is a country because they don't want to encourage people to think like that. Nevertheless, by failing to accept that Britain is one country they fail to understand our point of view and our desire to keep it together.)

Once the nationalists have everyone thinking in terms of "a border" then it is much easier for them to attempt to make that border an official political divide.

In any case, it is also inaccurate. Large parts of the West and South West of Scotland are actually "south of the border", as far as degrees of latitude are concerned.

"South of the border", Newcastle, is further north than large parts of South West Scotland, including Castle Douglas, Wigtown and Stranraer.

As soon as you drive outside Glasgow, and get below East Kilbride or Hamilton, you will soon be "south of the border" as far as the lines of latitude are concerned. (East Kilbride sits at 55.7714, Hamilton is at 55.7776.)

If we want to talk in terms of the compass then we can use phrases such as "in the south of the country" or "in the north of the country", or if we have to refer to the "border", we should refer to "the so-called border between Scotland and England".

Next time separatists talk about "south of the border" we can ask them, "Do you mean Kilmarnock?"

"Westminster Parliament"
Unionists know it as the British Parliament or the UK Parliament.

But separatists want to avoid describing it in those ways because that would remind listeners that it was elected by everyone who voted in the UK, and that it represents all British citizens. They want to avoid recalling to mind its Britishness.

And they use this phrase because it subconsciously implies a geographical distance.

"Westminster Backlash"
Again, this is used to convey the subliminal impression that Westminster is a foreign, distant, hostile overseer, with no regard or care for us. That it is an evil slave-master, with a whip in hand, held high, ready to beat down punishment on poor little Scotland if it steps out of line. Nationalists use the phrase to frighten people into subconsciously imagining that unless Scotland separates, then Westminster will take its revenge on our bare bleeding backs.

"The London Papers"
We know them as the "national newspapers" - those which are sold popularly in every newsagent, no matter how small, throughout the length and breadth of the United Kingdom from John O' Groats to Lands End. To the separatists, the only "national" newspapers are The Scotsman and The Herald (even though they will always complain about the political bias of those papers too!)

As with "Westminster", the phrase, "London papers" implies a geographical distance, a parochial "Londonness" which is meant to be too far removed from, and consequently, irrelevant to "Scottish" concerns.

Watch out for the nats prefixing any London-based matter with the description! Including...

"London Rule"
This is more properly known as "consensual government of the United Kingdom by the democratically-elected British Parliament".

The nats' phrase, though, is again intended to emphasise geographical distance, to remove from our minds the fact that this is consensual democratic government, and to replace the fact of democracy with the word "rule", which has connotations of enforcement and domination.

It should also be pointed out to the nats that elections to the UK Parliament consistently register higher democratic participation in Scotland than elections to Holyrood.

The aim is to create the erroneous impression that Scotland is being run by a Tory government and thereby play on the prejudices which they believe a considerable number of Scots have towards that party, especially Labour supporters whom the nationalists hope to woo. Similarly, we hear the mistaken claim that the 'No' campaign is a...

"Tory-Led No Campaign"
Again, this is seeking to play to the prejudices of those Labour supporters whose support the nationalists need to win the referendum.

"Tory-led" is an entirely inaccurate claim. In Scotland, the 'No' campaign is cross-party, with, if anything, a preponderance of Labour politicians and supporters.

"English Neighbours"
To the nationalists, England and the English are "neighbours".

Again, this is just another frame which tries to get us thinking separately.

For unionists, England and the English are not and never have been "neighbours". They are family members, sometimes quite literally.

For unionists, our attitude to England is that it is our country too. It is our home too. We can move into our home any time we want. However, we can't move into our neighbour's home.

We certainly have no intention to turn our family members into "neighbours" whom we may never bother to meet anyway!

"The Settled Will of the Scottish People"
This absurd and politically illiterate phrase entered parlance from the mouths of the Labour Party. It is a blatant attempt to give devolution, and the Scottish Parliament itself, an air of "finality" - as if it can never be changed. The fact is, nothing in life, and certainly not in politics, is ever "settled". Devolution may be here today. That doesn't mean it is going to be here tomorrow. Along with this we hear the equally stupid phrase...

"The Devolutionary Settlement"
Again, this phrase is heard from the Labour Party, and is intended to give the impression that devolution is something on which "there is no going back". We have a "settlement", and we're all "settled" about it. No, actually! It is pretty obvious that we are not all "settled" about this "settlement". Some of us want more, some of us want less, and the separatists want to break up the UK altogether. All of these are potential options, so where is the "settlement"?