THE UNION JACK: The Story of the British Flag 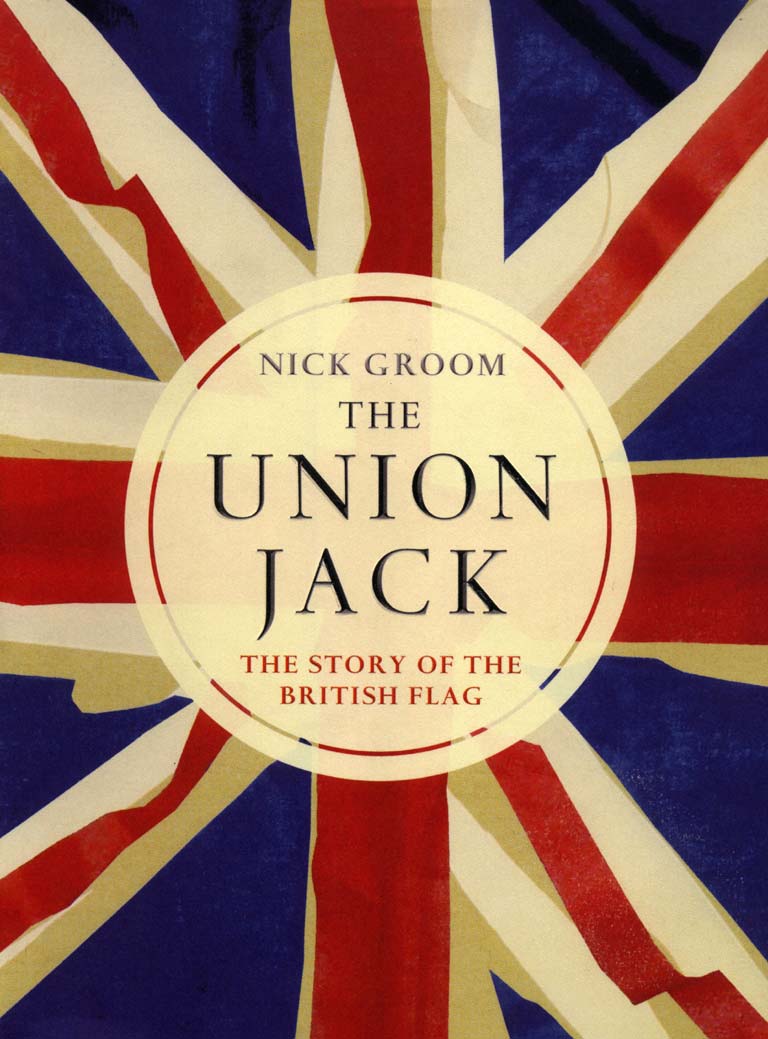 This article by Alistair McConnachie was published originally in the July 2007 issue of Sovereignty, and published on this site on 21 March 2012.

Nick Groom's book, The Union Jack 1 bills itself as "the first history of the British flag". It is certainly the most complete treatment of the subject which we have encountered. He introduces his subject by setting it in a broad national context.

THE DREAM OF UNION
Groom explains the idea of union is:
at the heart of this book: the union of England with Wales, Scotland, and Ireland to form a United Kingdom. The ebb and flow of the dream of union washes around the British shores like the seas that surround it, confirming to its inhabitants the islands' independence from mainland European geography and history, and the Union Jack, made by laying together the crosses of the realm's national patron saints, is its symbol: the history of the Union and its extension across the globe forms the back-story to the biography of the flag. 2

The dream of union has been long and for many it has been a nightmare, but it is the one dream from which Britain can never awake: to do so would be to end the 'British Isles' as a meaningful concept. 3

Groom starts at the very beginning where heraldic and pre-heraldic "attempts to represent both visually and symbolically a union of Great Britain are effectively prototypes of the Union Jack." 4

He continues through the centuries in a comprehensive rendering of history.

In 1603, 33 years after being crowned King of Scotland, James VI became James I of Great Britain.

His vision was one of British unity:
Doe wee not remember, that this Kingdome [England] was divided into seven little Kingdomes, besides Wales? And is it not now the stronger by their Union? And hath not the Union of Wales to England added a greater Strength therto?…I desire a perfect Union of Lawes and Persons, and such a Naturalizing as may make one Body of both Kingdomes under mee your King. That I and my Posteritie (if it so please God) may rule over you to the Worlds End; Such an Union as was of the Scots and Pictes in Scotland, and of the Heptarchie heere in England. 5

GIVING VOICE TO BRITAIN'S POSSIBILITIES
Throughout the book are references to the flag and related patriotic matters in song, poetry and culture, up to the present time.

Groom suggests that, like Rule Britannia -- "one of two anthems that literally gave voice to the possibilities that the creation of Great Britain presented to the world" -- written by the Scot James Thomson, God Save the King may also have been written by a Scot, James Oswald, although there are various claimants for authorship and composition. 6

Groom includes text of an early version of God Save the King published in 1750, which includes several verses we hadn't read before. In this regard it's important to reiterate what we say on this page about God Save the Queen that there has never been an official version of the National Anthem and the Palace has never approved any version believing the words evolve by tradition rather than decree.

Many previous verses would be considered anachronistic today, and possibly illegal!

For example, one of the verses listed here, goes:
Protect our Church and State
And make true Britons hate
Priests with bald-headed Pates

While the book is largely history, Groom permits himself some interesting political comments in his Conclusion. Overall, he is pro-Union:
Disbanding the Union is simply not feasible. Scotland, Northern Ireland, and Wales could not exist as minnow states wholly independent of England: whether they like it or not, they would be unable to escape from the economy, infrastructure, population, history, and culture that has been shared with England for hundreds of years. 7

And very pro-Union Jack, concluding:
It will fly in many different variations, and it will continue to fly, streaming across the skies, floating over the ether, carried to the planets, and even to the stars: an emblem of unity, conciliation, and renewal -- the Union Jack. 8

The book also lists a chronology of English, Scottish and British monarchs, the dimensions of the Union Jack, the rules for hoisting flags on government buildings, and the full list of official days in which the Union Jack is to be flown. An extensive bibliography, full references, and index are also included.

The Muses, still with freedom found, Shall to thy happy coasts repair.
Blest isle! with matchless beauty crowned, And manly hearts to guard the fair.
(Rule Britannia)
Below "Muse" perform "Survival" at the Closing Ceremony of the London 2012 Olympics.