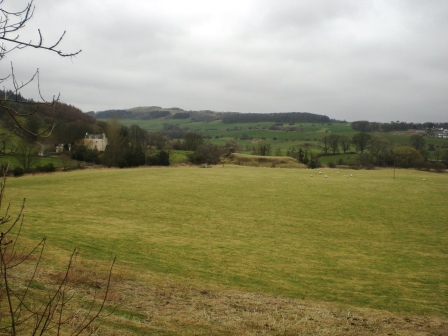 The Magna Carta, or the 'Great Charter' was a thoroughly British affair, with its creators arriving in Runnymede from all parts of the British Isles, including Scotland, writes Alistair McConnachie.

The pic shows the area today, between Castle Douglas and Dalbeattie, of the former Buittle Castle, the home of Alan de Galloway, one of the creators of the Magna Carta. The Castle would have sat upon the raised, flat expanse of earth, in the middle of the photograph. Posted 28 September 2012.

One of the aspects which makes Britain unique is its fascinating constitutional history stretching back hundreds of years.

The Magna Carta - which it seemed David Cameron PM apparently stumbled to translate on the David Letterman show in the USA on Wednesday 26 September 2012 - is part of that history.

In the Magna Carta, seventeenth-century lawyers were to find a basis for such fundamental privileges and rights as trial by jury, Habeas Corpus, equality before the law, freedom from arbitrary arrest, and parliamentary control of taxation.

A Force For Good doesn't get hung up over distinctions between what is specifically "English" or "Scottish" constitutional history. We consider it all within its wider British context.

That is to say, the Magna Carta is as much a Scotsman's inheritance, as the Declaration of Arbroath is the inheritance of an Englishman. Within the unifying concept of Britishness, these documents belong to us all.

If we insist on considering ourselves exclusively "Scottish" or "English" then we are deliberately excluding ourselves from the valuable inheritance from which we could otherwise be benefiting, and enjoying.

Some Scottish nationalists trace ideas of democratic sovereignty in Scotland back to the Declaration of Arbroath of 6 April 1320.

However, it is a fact that 105 years before the Declaration, the Magna Carta of 15 June 1215, gave subjects rights and affirmed that monarchs rule because the people allow them to do so - and it was overseen and affirmed by a Scotsman, in a thoroughly British affair!

The BRITISHNESS of the MAGNA CARTA
Some people may try to argue that Magna Carta was a specifically "English" event, but the reality is that those who made their way to Runnymede to counsel and advise King John and to approve the document, came from all corners of the British Isles, including Ireland, Wales and Scotland.

In the document, King John did not describe himself exclusively as King of England, but also as "Lord of Ireland, Duke of Normandy and Aquitaine, and Count of Anjou". His feudal domains extended from the north of Scotland to the Pyrenees.

The Magna Carta does not describe England, Ireland, Scotland and Wales as separate "nations" because King John did not view them as such. King John considered the people who lived in his fiefdoms as his "loyal subjects".

As well as being a British event, the Magna Carta could also be said to be European, in the sense that one of those present to approve it was from France.

For example, the charter itself lists among those loyal subjects present "Henry archbishop of Dublin...William Marshal earl of Pembroke...Alan de Galloway constable of Scotland...Hubert de Burgh seneschal of Poitou".

The Magna Carta was created "in the meadow that is called Runnymede, between Windsor and Staines, on the fifteenth day of June in the seventeenth year of our reign." (1215) 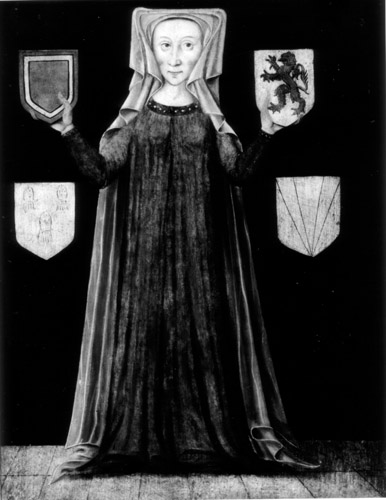 Alan, Lord of Galloway
Alan de Galloway travelled from the south western area of Galloway to Runnymede to play his part.

In the picture above, you can see the site of his home, which is located between Castle Douglas and Dalbeattie. The raised, flat area in the middle of the picture is where his Castle would have stood.

He is described in the Magna Carta as "constable of Scotland" which meant that in great matters of the security of State he alone could act in Alexander II's absence.

Alan de Galloway's second wife was Margaret of Huntingdon, the daughter of King David. Margaret bore him Devorgilla (right) who became the wife of John Balliol of Barnard Castle, after whose death she drafted the Charter of Balliol College, Oxford - which she established on 22 August 1282.

The creation of Magna Carta - the Great Charter - was a thoroughly British affair.

[Below is tourist information located near to the site of Alan de Galloway's home. Click here to open a larger version of the pic. When the pic opens, you will be able to click directly on the pic to make it even bigger.] 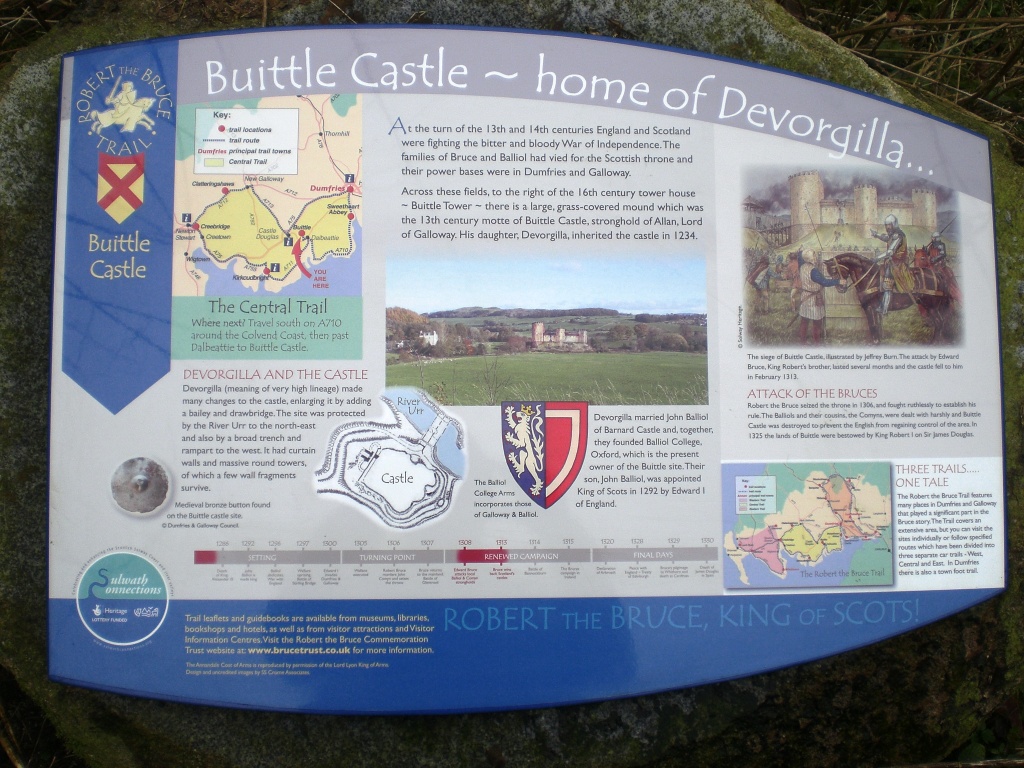