The UK Gives us One Big Home to Call our Own 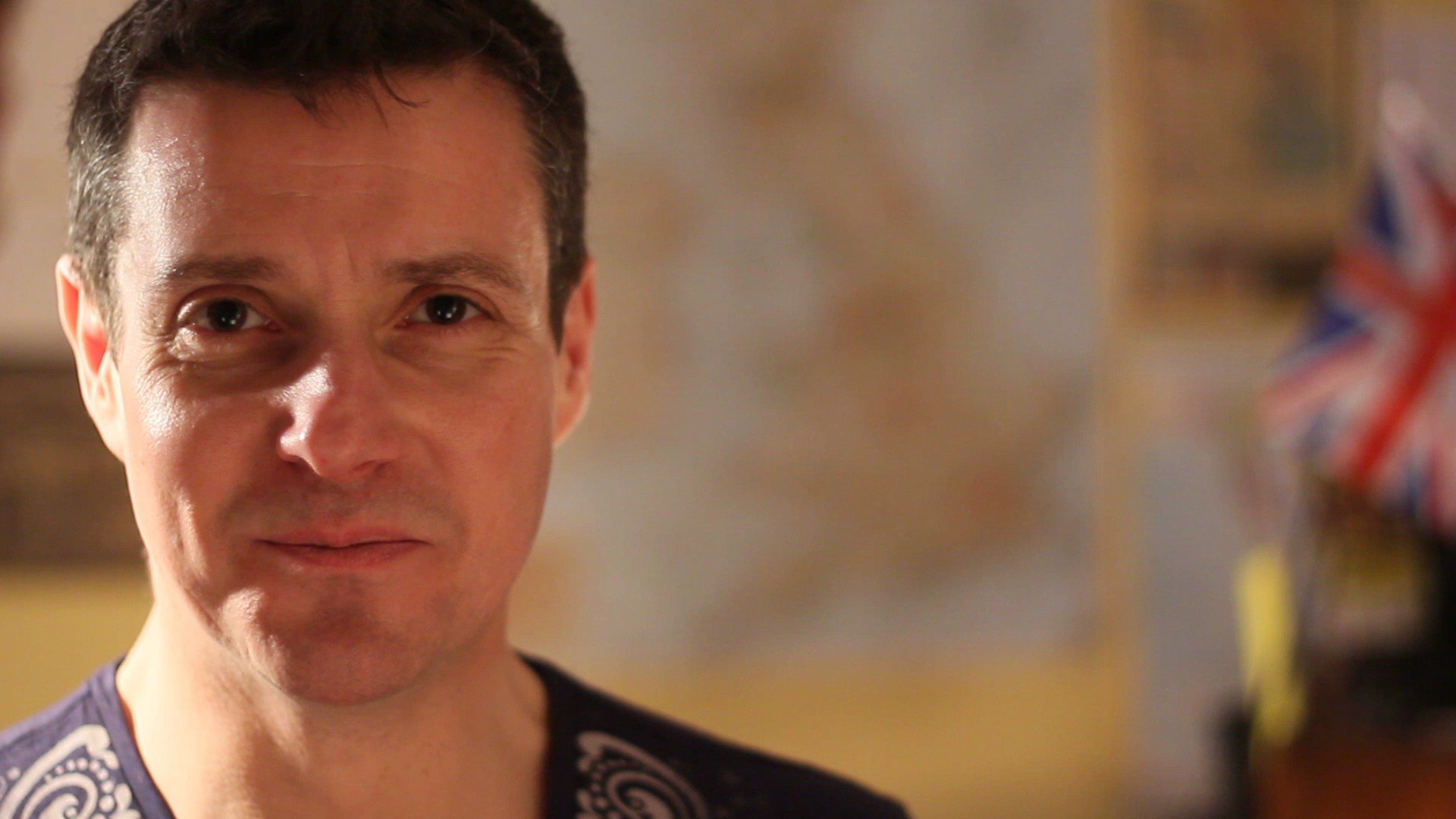 In this video, transcript below, Alistair McConnachie says that it is a very good thing that people from all parts of the United Kingdom can feel at home anywhere within it. So, let's not downsize from our Big British Home when the UK gives us one big home to call our own. This is the second in a series of videos promoting the positive case for the United Kingdom and addressing common nationalist errors.

My name is Alistair McConnachie and I'm the Founder of the pro-UK project, A Force For Good, at aforceforgood.org.uk

This is the second in a series of short videos which are promoting some positive reasons to stay together with the United Kingdom, and to Vote No on the 18th of September.

In this video I'm going to explain how we see the United Kingdom as our Big British Home, from which it makes no sense to deliberately downsize, and from which it would be damaging to do so.

But before I do that, I want to lay down a fundamental principle.

For us pro-UK people the entire United Kingdom is our Home, and the people within it are our Family.

England, Wales and Northern Ireland are not separate houses which belong to our neighbours.

They are all part of our Home which belongs to our Family.

Nationalists look puzzlingly on us and they'll say, "Why would you not want your nation to be independent?"; without realising that we see Scotland as our nation within our bigger nation, the United Kingdom.

We see Scotland as a great nation, which becomes even greater, within Great Britain.

We see Scotland as an intrinsic part of the overall creation, whose separation from it would endanger the entire Living Organism.

This is a fundamentally different way of looking at things from the way that the Scottish nationalists look at things.

They understand the UK only as a political state, a temporary political arrangement, to which Scotland is hitched.

We understand the UK philosophically, and we experience the UK physically, not only as a state, but also as a nation, with an identity, which benefits us.

Let me give you an example of how our approach differs from the nationalist approach.

I'm going to quote from an article which appeared in the Scotland on Sunday on the 4 May 2014; and it's written by Leanne Wood, who is the leader of the Welsh nationalist party called Plaid Cymru.

In her very first sentence she says, "All of a sudden, outsiders have started taking an interest in your country."

"Your country"; as if she and we are foreigners to each other.

And throughout the article she speaks about Scotland as "you" and "yours". And then she talks about Wales as "my country".

That kind of language is completely opposite to the sort of language which we pro-UK people use.

It is not how we understand the relationship at all. 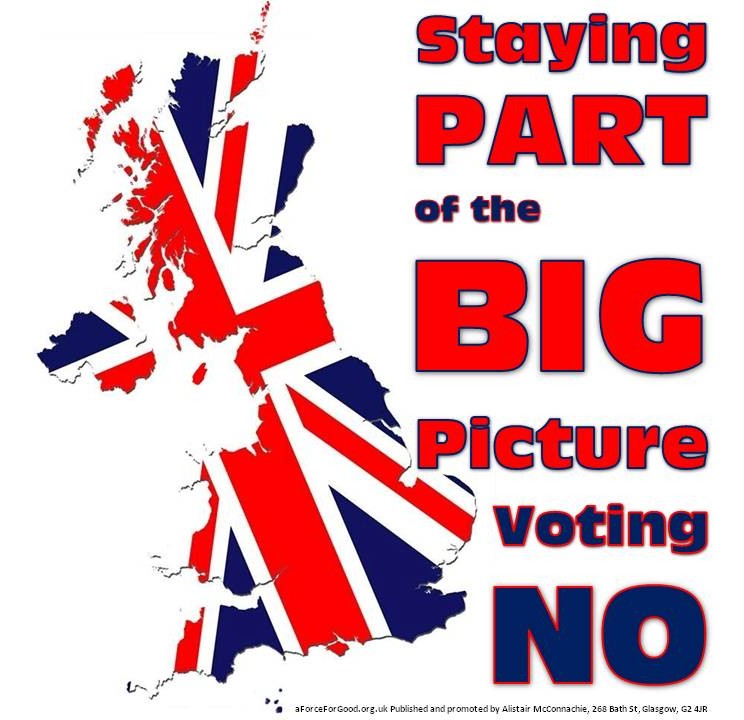 We don't look on Wales, or England, or Northern Ireland and talk about "you" or "yours".

We look on all these countries and we talk about "we", about "our", about "us".

Because we recognise we are all part of the same bigger country, the United Kingdom.

Within the UK, Scotland is not just "our" country.

It is her country too.

And for our part, Wales is also our country.

It is not only "her" country.

And that's a truly great thing, and it helps to explain why Scotland, England, Northern Ireland and Wales are not actually the "normal" countries that the nationalists might try to pretend.

We are all unique countries involved in a unique relationship. And together we make up an even more unique country, the United Kingdom; which we have all helped to build.

Understanding the United Kingdom as our Home and our Family is powerful physically too.

We experience the feeling and we enjoy the benefits of it in our day to day lives.

For example, we can go for a weekend to Newcastle knowing that when we're there, we are still in our own country.

We can take the ferry to Belfast, and enjoy the friendship of our fellow countrymen and women.

We can go down to Wales on holiday knowing that when we're there, we're still in our own country.

And it is good that someone from England can come up to Scotland knowing that when he or she is here, they are still in their own country.

You know, somebody from England doesn't need to be told to "go home" to their "own country."

That is a very inclusive way to understand our relationship.

In action it is a powerful and enriching experience.

We are four Countries but we are one Country also.

We are four Nations but we're one Nation also.

We are four Teams but we're one Team also.

So let's continue to play for the UK Team.

Because we love being part of it. We don't want to see everything breaking up.

And if you're from England, Northern Ireland, or Wales, you don't want to wake up on the 19th of September either, and find out that you've lost one third of your Home and ten percent of your Family.

So let's Stay Together with the UK.

Let's not downsize from our Big British Home because being part of the UK gives us all One Big Home to Call our Own. 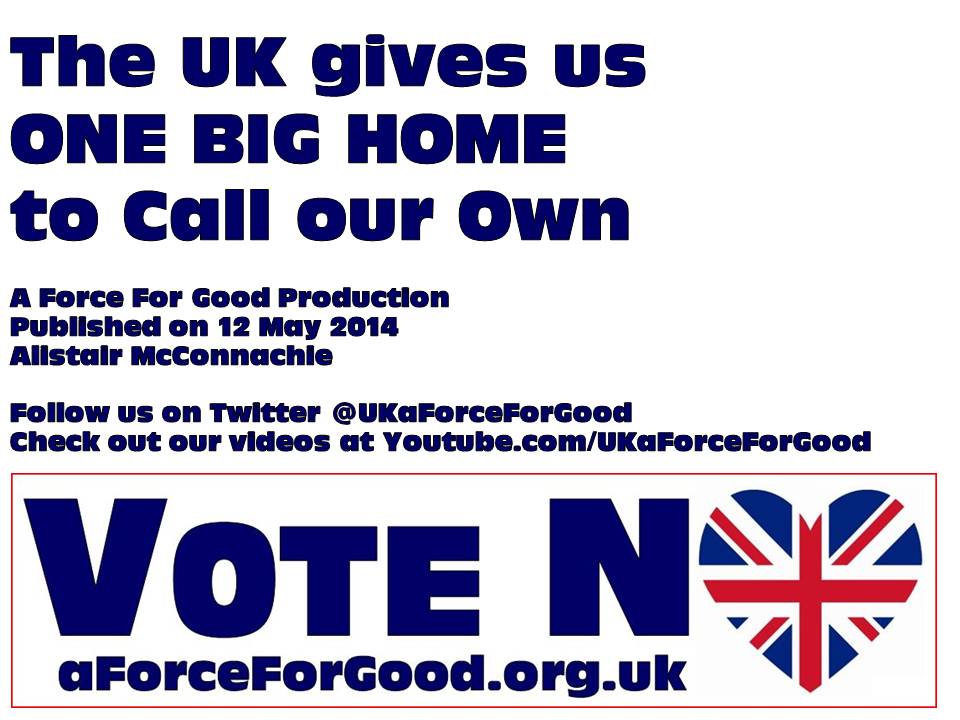