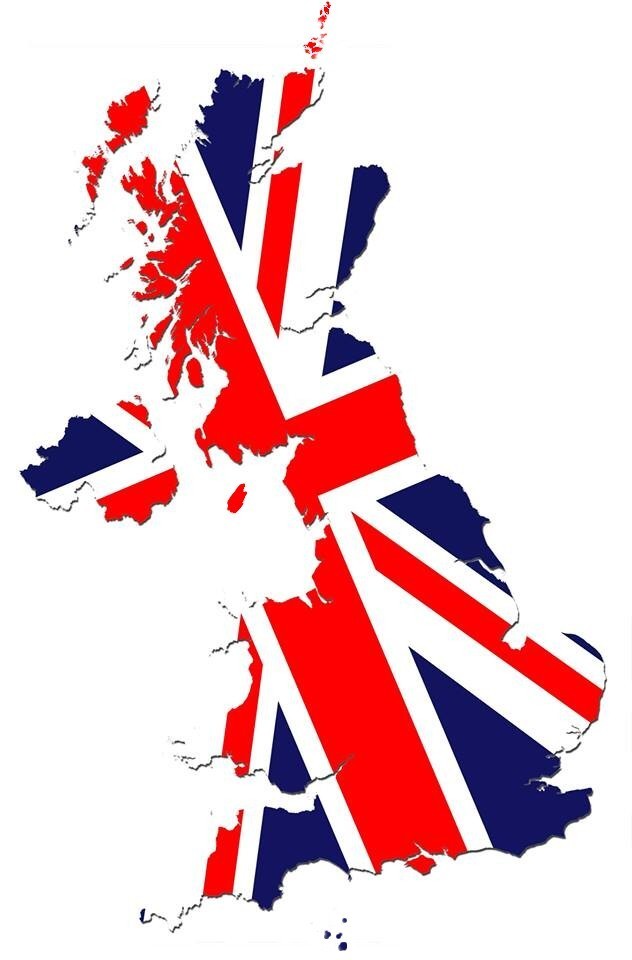 This is a transcript of the video, at the bottom of this page, by Alistair McConnachie which explains that so-called "independence" for Scotland will lead to a loss of Scottish influence and control over the remainder of the UK. It is the first in a series of short videos addressing the positive case for the Union and frequently-heard nationalist errors.

My name is Alistair McConnachie and I'm the Founder of the pro-UK Project, A Force For Good.

And you can find us at aForceForGood.org.uk

We're based here in Glasgow.

This is the first in a series of short YouTube videos addressing some of the most commonly heard arguments for Scottish independence.

In this video, I'm going to address the idea that only by voting for so-called "independence" will we in Scotland be able to "control our own future".

The reality is, as I shall point out, if we set up a Scottish democracy, which is alone and apart from, what remains of the rest of the United Kingdom, then it will be much harder for Scotland to control its own future.

It will not be easier. It will be harder.

Of that course of events, there can be no doubt.

But before I get to that, I want to give you some idea of where I'm coming from.

And I'll speak more about this in forthcoming videos but for now let me just say this.

We see the United Kingdom as a Living Organism.

We see the United Kingdom as a great Force For Good in the world. An effective vehicle for service to humanity.

A Living Organism which is Precious; which has had in the past, and which shall have in the future, a Task to Fulfill on the World Stage.

A Task which Scotland, divided and apart from the rest of the United Kingdom could not fulfill on its own.

A Task which England, separated from Scotland, could not fulfill on its own.

A Task which requires us to stay united with everyone on these Islands.

The UK as a Living Organism with a Task to Fulfill in the World.

That's just a taste of one of the fundamental Principles from which many British Unionists are operating. And I'll speak more about these things in future videos.

But for now, let's move on to the matter which I mentioned at the start of this video.

The mistaken idea that independence will somehow enable Scotland to better control its own future.

The reality would be quite the opposite!

It will make things worse, a whole lot worse!

Indeed, it's morally wrong to imagine that Scotland should control its future, apart from its nearest neighbours.

And it is practically wrong to imagine that it could.

"We here in Scotland don't want you people outside of Scotland, you English, Northern Irish and Welsh, to have any say about what we do up here."

"Furthermore, we don't recognise you people outside of Scotland, you English, you Welsh, you Northern Irish, as having any legitimate say over what we do up here."

"And furthermore, we don't want to have any say over what you do."

In the context of our small group of Islands, that seems not only short-sighted, but also small-minded.

The fact is we don't exist in a bubble up here.

The rest of the British people do have a legitimate and necessary say over what we do here in Scotland.

And likewise, we in Scotland have a legitimate and necessary over what the English, the Northern Irish and the Welsh do.

They have to have that say because what we do affects them.

And for our part, what they do affects us.

And through the British Parliament we try to reach an accommodation, and we try to work it out for the benefit of all, for the greater good of the United Kingdom.

And practically speaking it's self-defeating and will lead to a dangerous loss of Scottish influence over the remainder of the UK.

Let me use the analogy of the rest of the UK being like an Elephant lying in our Islands' Bed.

At present, people in Scotland have influence and control over which way the rest of the UK Elephant chooses to roll.

Within the partnership of the Union, we can exercise considerable influence.

And this influence is not just exercised by the government of the day, but it's exercised by each and every MP during the 5-year period of the Parliament.

Let me give you an example.

Take for example, the vote on whether or not to attack Syria which was held in Parliament on the 29th of August 2013.

Now, I'm not arguing for that policy either way.

I'm simply pointing out that the vote against attacking Syria was 285 to 272. 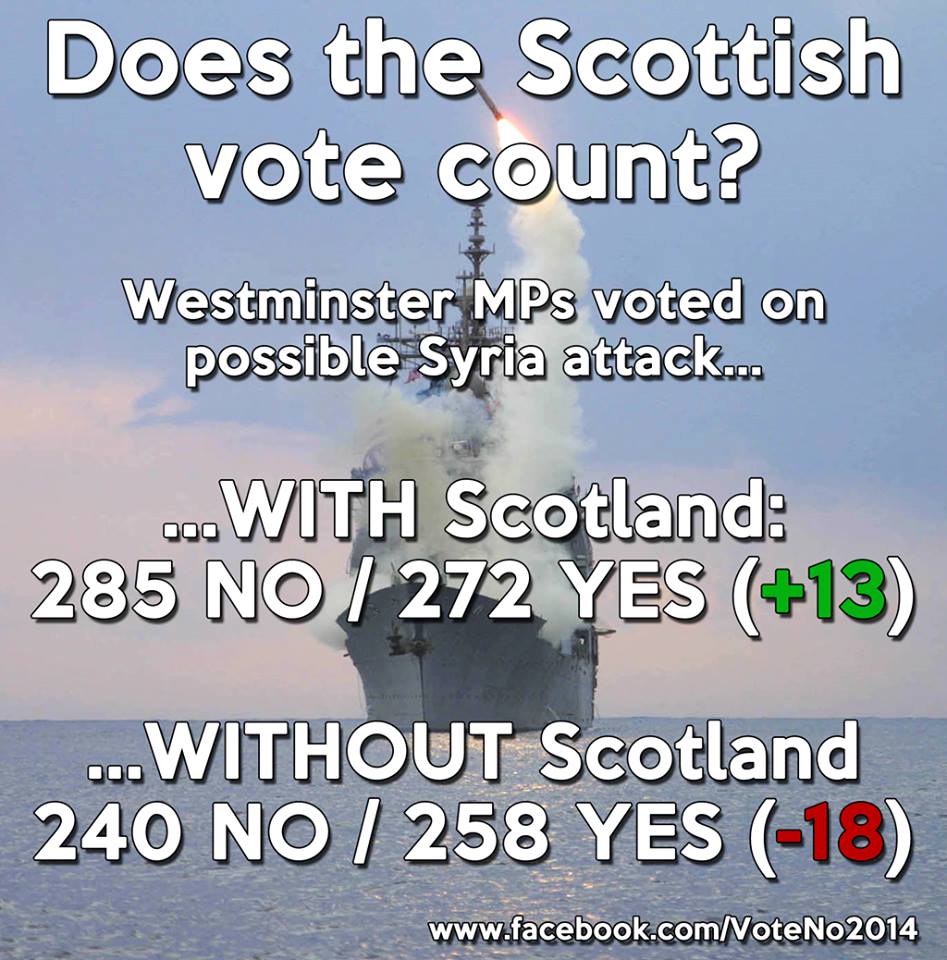 If we adjust those figures by removing the 59 MPs from Scotland, then the decision would have been 258 to 240 in favour of attacking Syria.

This demonstrates that the 59 MPs are able to influence the entire United Kingdom political state and control the way it moves.

In that regard, it's not just about whether these MPs are in the actual government.

But if we set up a separate Scottish State then we will still find ourselves lying in our Islands' Bed, with the remainder of the UK Elephant, but now we will have no control over which way it chooses to roll.

This means we're going to risk being inadvertently crushed the next time it makes a move.

We would have willfully limited ourselves from having a say.

So when the remainder of the UK does something we don't like, we would have no power to influence it one way or another.

That self-induced helplessness, which we would have voted for, will lead to a lot more frustration, and a lot more bitterness and potential conflict than anything which exists at the moment.

Whatever short-term advantages may be supposed to come from setting up a separate Scottish state, these will be very quickly outweighed by the negative consequences of the disastrous loss of influence over the rest of the UK.

Now, this is obvious. But for nationalists, so far, it is a fact to which they are oblivious.

So the Takeaway Message here is that under "independence", it will not be easier for Scotland to control its own future, it will be harder, because Scotland will have less influence over its next door neighbours.

And that will just make everything worse, for all of us.

My name's Alistair McConnachie. This is the first in a series of videos.

You can watch the video here>

You can find a second video entitled 'The UK Gives us One Big Home to Call our Own' here.