About A Force For Good
A Force For Good was founded by Alistair McConnachie on 21 March 2012 to promote the positive case for the Union of the UK, to describe and promote the benefits of maintaining the United Kingdom, and to highlight the obvious dangers of Scottish separatism, for all people on these islands. He was the first individual to register as an official "No" Campaigner with the Electoral Commission for the 2014 referendum.

A Force For Good is not affiliated with any political party or religious group. It was incorporated on 27 April 2016 and is the trading name of AFFG Productions Ltd; a company registered in Scotland 533791.

AFFG: Our Statement of Position:
The following represents the Position upon which we stand, and from which we judge the Philosophy, Policy, Projects and Activity which we promote:

1. The United Kingdom of Great Britain and Northern Ireland shall be maintained.


2. The United Kingdom is, and shall remain, primarily a Unitary State and One Nation.


3. Ever Closer Union between all the people and parts of the United Kingdom – including but not limited to elements; social, cultural, educational, economic, legal, territorial and political – shall be pursued.


4. The United Kingdom is a Constitutional Monarchy and Representative Parliamentary Democracy; and the House of Windsor shall continue to provide the Head of State.

AFFG: Our Statement of Mission:
In accord with our Position Statement, our Mission is to deliver Philosophy and Policy, and Projects and Activity, which promote the maintenance of the United Kingdom; and its continuation as a Unitary State and Nation; which develop and promote Ever Closer Union between all its people and parts; which uphold our Constitutional Monarchy, Representative Parliamentary Democracy, and the House of Windsor; and which act to Integrate not Separate the United Kingdom.

Here is some of what we have done in the last 5 years:

1. Publish Regular Pro-UK Articles on this Website: aForceForGood.org.uk and on our Facebook page facebook.com/UKaForceForGood
Our articles on this Website are categorised into specific Chapter Headings related to the campaign. They are precise, insightful, original, properly referenced and authoritative, and provide, in easily understood and easily remembered language, the arguments and facts necessary to help win the unity debate. They aim to provide useful information deliberately intended to intellectually inform the Pro-UK cause. We continue to publish many original articles on the History of the Union.

2. Initiate and Coordinate Lobbying Campaigns
We are highlighting the 'ultra vires' nature of the First Minister's spending upon matters outwith her political and legal remit, and we are seeking to have her held accountable for this misuse of taxpayers' money. We oppose and campaign against the proposals for a 'Scottish Six' news broadcast which would re-frame British news from a Scottish perspective, to the benefit only of separatist attitudes. During the passage of the Scotland Bill we campaigned heavily to alert MPs and Lords to its evident dangers and to suggest pro-UK alternatives, through our booklet Dissolving not Devolving: A Scotland Bill Briefing Alert. Prior to and during the period of the Smith Commission, we alerted MSPs and MPs to the dangers of appeasing nationalist demands via our widely distributed booklet Devo-Danger.

4. Engage in Street Activism
We initiate street activism, and we work with others at appropriate events. 2017 has been one of our busiest years yet, and includes two "Counter Presence" events against ScotNat marches, as well as 2 days of celebrating the Union outside the SNP October Conference, among other exciting activities. On 5 May 2016 – the day of the Holyrood election – our street activism was reported in every newspaper, and was pictured on the front page of The Herald, The Times (Scotland) and the Scotsman.

5. Produce Educational Videos
Our Video Project aims, among other things, to highlight Scotland's rich British heritage and culture. You can watch our Videos by scrolling to the bottom of our front page to the Videos section, also found at the bottom of the right hand side of every page. We aim to do much more in this field. 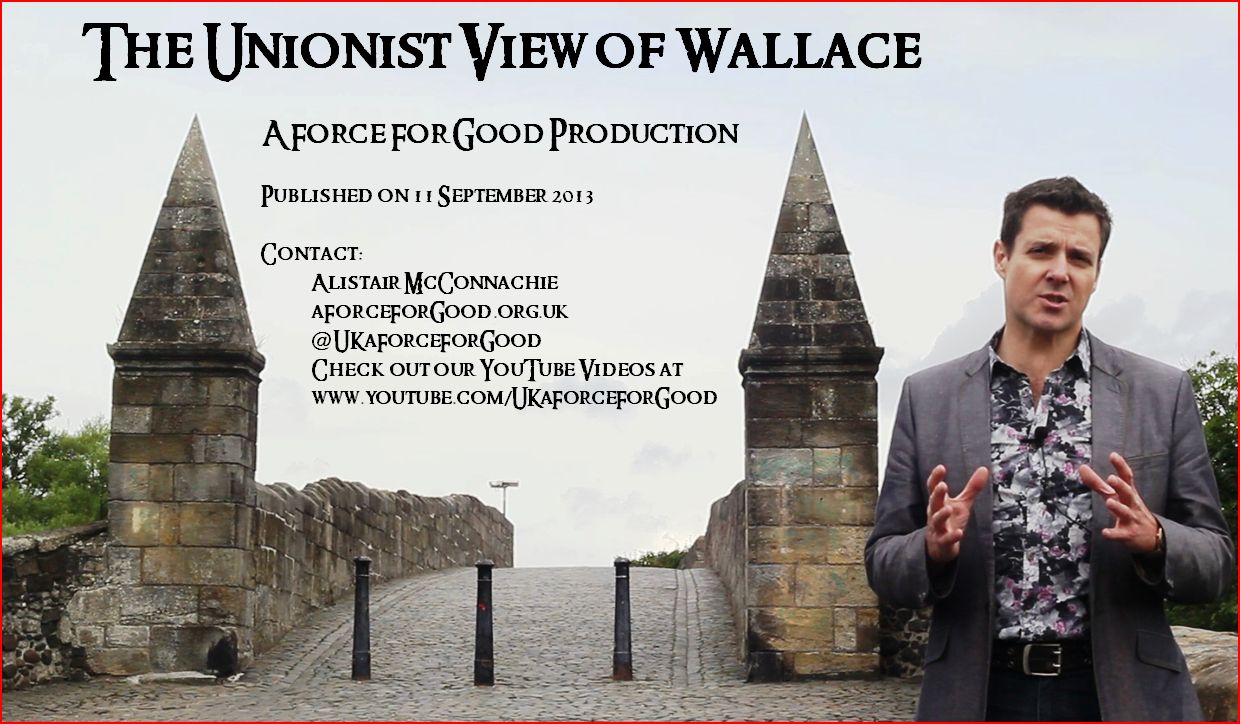 6. Produce Infographics
We use notable days each year to publish pro-UK Infographics, as well as to help explain our political position. Here is an infographic we published on 15 July 2016 which has since reached over 150,000 people on Facebook. 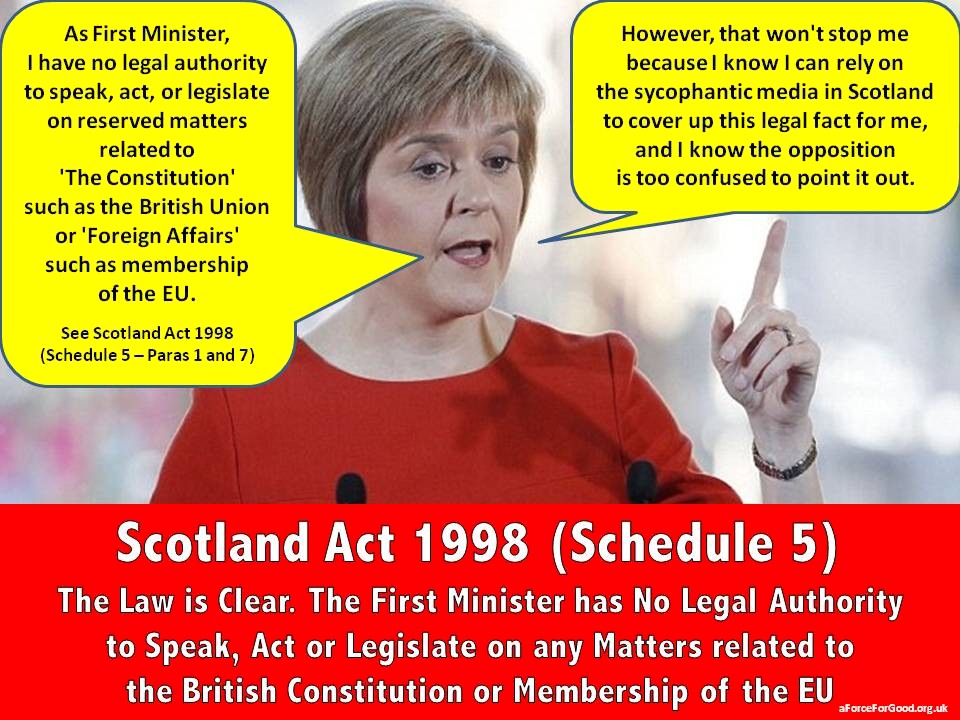 7. Create Slogans and Designs
We create eye-catching designs, and clever slogans for the cause, and we archive them on our site. Our Infographics, Designs and Slogans circulate on the Internet, primarily via Facebook and Twitter and reach large numbers. You can see our other Designs and Infographics by scrolling to the bottom of our front page to our "Showcasing our Designs and Slogans" section, also found at the bottom of the right hand side of every page. 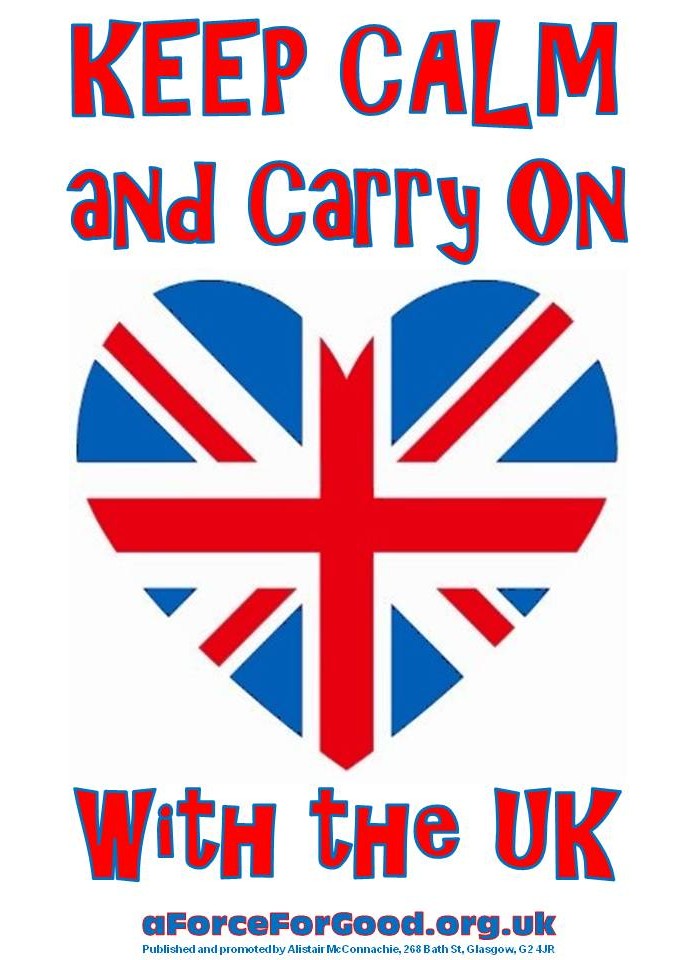 9. Letters to the Press
Since our Project began on 21 March 2012, we have had over 30 pro-UK letters published in the Scotsman, Herald, Scotland on Sunday and Sunday Herald.

11. Publish in Hard Copy
On 18 November 2015 we published a booklet "Dissolving Not Devolving: A Scotland Bill Briefing Alert" which was sent to hundreds of MPs and Lords. In February 2014 we published a 20-page, A4 booklet entitled "Devo Danger" which is also available from this site. We have contributed the bulk of essays to a booklet entitled "A Force For Good: Why Scotland Should Remain in the Union", which was on sale in the Scottish Parliament (until an SNP MSP complained).

12. In addition...
We publish a regular Email Update service which you can sign onto by using the box found at the top right of every page (over 108 issues so far); we correspond with legislators regarding our ideas; we liaise with other pro-UK groups in order to help them and to keep them informed of pro-UK activity; we operate the Twitter account @UKaForceForGood; and we help administer many of the foremost pro-UK Facebook pages. 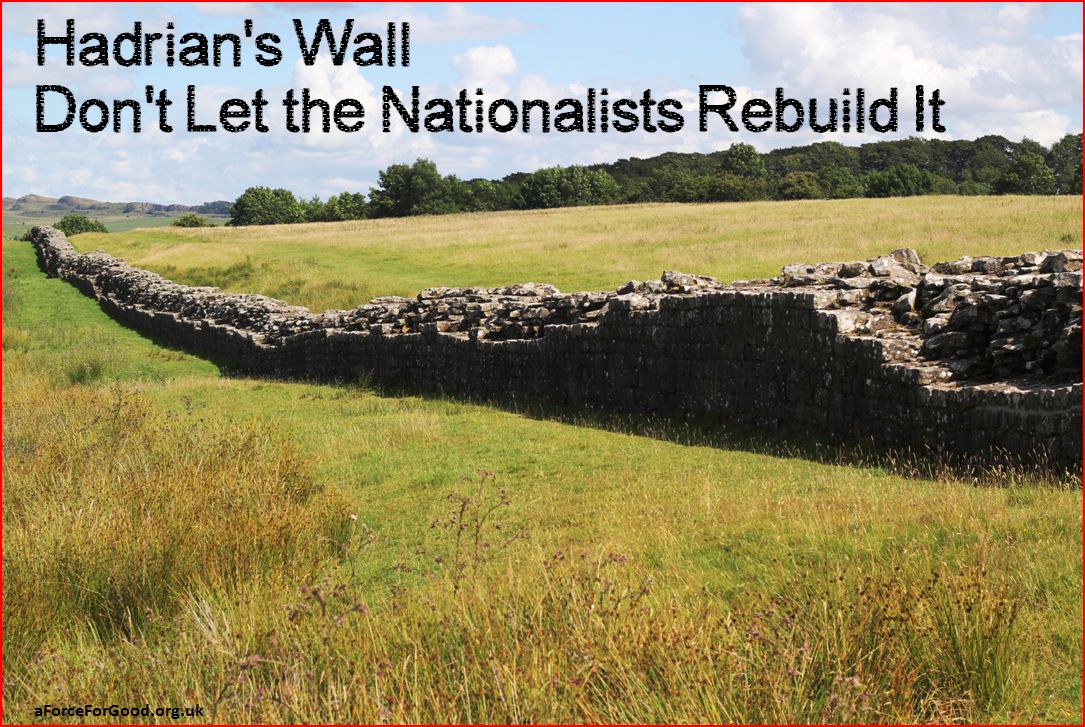 We've Demonstrated that We Can Deliver
In almost 6 years since 21 March 2012, we have clearly demonstrated that we are able to make a valuable contribution to the pro-UK cause; and that we represent a worthwhile investment for those of us who are keen to maintain, and strengthen the United Kingdom.

If you like what we are doing and you are able to help this work continue, then please consider contributing to our efforts. We depend entirely on donations from the public.

You can use the GoCardless and PayPal "Donate" buttons, found at the top right of every page on this Website.

Or you can go to our Donate page here and send a cheque, transfer money, or use the downloadable Standing Order form.

Some people ask how we differed from Better Together (BT) – the official campaign
1. Our written and spoken work – and our Video work – tends to focus on helping to provide a historical and cultural background to the Union and the British identity, as well as a general political education. This was different from BT's necessary focus which was more economic and materialistic. In this way, we believe we were able to complement the important work which BT did.
2. We are not affiliated with any political party nor would we want to be.
3. We do not support any form of "devo max" or "devo plus" or "more powers", whereas BT did support this and spoke in favour of it, and allowed its platform to be used by politicians who advocated such a disastrous policy. The success of the SNP in exploiting these "promises of more powers" post-referendum, has vindicated the correctness of our position on this matter.
4. During the Referendum, we did not raise funds for a salary. BT had a massive salary bill running into the hundreds of thousands. We aimed only to cover our expenses. This was more than reasonable!

To be alerted to our new material, please sign up to receive our free regular Email Update by filling in your details in the "Subscribe" box found at the top right of every page. (You can unsubscribe at any time and we will never share your details with anyone.)