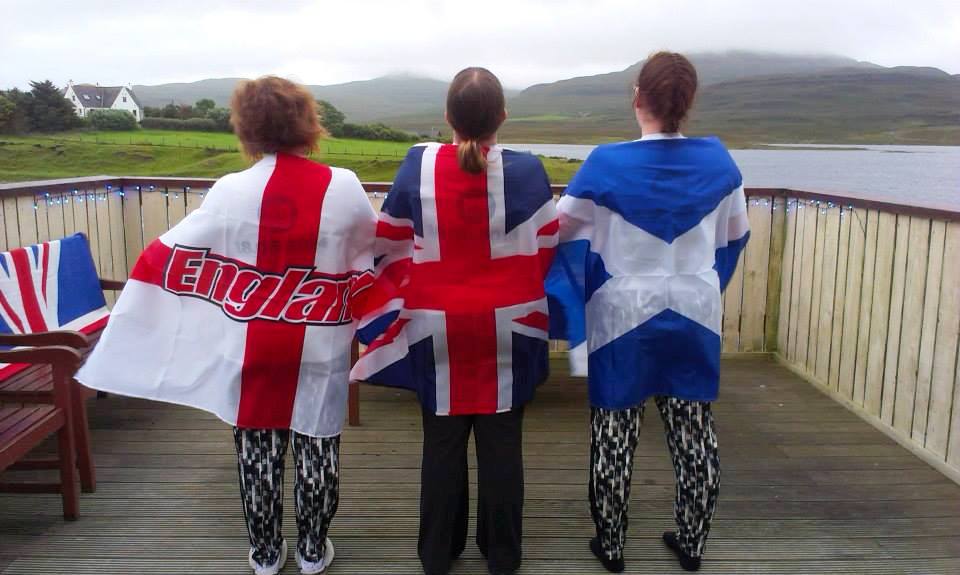 A Force For Good presents the fifth in our chronological 7-Part series entitled, "The Scottish Origins of British Unionism", written by John Provan, who has an MA (Hons) in History.

Here we examine the Scottish patriot, Protestant Reformer, and political unionist John Russell, who lobbied King James for the Scots and English to unite together as a single nation called Great Britain, and into a single people called the Britons.

'A Treatise of the Happie and Blissed Union' was a tract published in 1604 by John Russell (c.1550–1612) a Scottish lawyer who spent most of his life pursuing his career in Edinburgh.

As was the case with many Scots of the time, Russell was a stalwart advocate for union with England. He wrote repeatedly to King James to encourage him to bring about a closer union between his two realms.

In this tract, Russell delivers what is very much a Scottish perspective on the union issue, highlighting the need for a fair and equal union based on unity and not conquest, yet calling for such a complete union that the very terms 'Scotland' and 'England' would cease to exist.

ESTEEM FOR SCOTLAND
One of the most striking aspects of Russell's tract is the high esteem in which he holds his native Kingdom of Scotland, which he expresses passionately in his archaic Scots language:

Scottish unionists of old are often charged with viewing Scotland in contempt, regarding it as a backward state in need of anglicising; but Russell challenges such misconceptions. Russell took great pride in the Scottish people and Scottish institutions, and throughout the tract he regularly praises Scotland's political system, its ancient liberties, and in particular, the godliness of its Kirk.

Far from hoping to anglicise Scotland, Russell if anything hoped to see Scottish values, and in particular those of its Reformation, emulated in London through the Scottish-turned-British King James I of Great Britain. Russell is quick to remind James of his Scottish roots, and when noting the increasing amount of time that James was spending at his London throne, Russell pleads to him to return to his native kingdom:

Russell goes on to remind James that his majesty is not limited to the Kingdom of England, and that his subjects in Scotland dearly miss his presence. For Russell, union was a way to ensure that Scotland was not neglected within the Britannic monarchy of the Stuarts.

But he was equally aware that only a fair union would be able to stand the test of time, and he admonishes those in England who argued that England had a feudal right to subjugate Scotland, which they justified by the tributes the Kings of Scotland had historically paid to those of England.

Russell appeals to the example of Edward VI of England, who had called for a union in which the laws and customs of both the component kingdoms would be respected.

Certainly, it is evident from this tract that Russell did not view union as an English project to civilise a backward Scotland; but rather he held his home kingdom in the highest regard.

RELIGIOUS ARGUMENTS
One of the most interesting features of Russell's tract is his sense of an ancient British nationhood, which he sees as being encapsulated in King Lucius of the Britons.

Russell argues that the ancient Kingdom of Britain was the first state where Christianity could be practiced free from persecution. The legendary second-century King Lucius had allowed the first Christian preachers into the country, which according to Russell included some of the very apostles themselves.

Appealing to the writings of Tertullian and Origen, it is argued that Britain was the first godly nation of the world, creating a church that long-preceded that of Rome:

The pre-Roman British church was held in high esteem, being free from temples, alters, icons, sacrifices, and those things opposed by the Reformation. Russell places great importance on the idea that, as the successor of Lucius to the Britannic monarchy, James must revive the purity of the ancient British church, and purge it of that which had been introduced by Rome over the centuries:

Beyond this role, Russell believed that religion would be the most important bond in uniting the peoples of Britain into a single nation, commenting that a shared faith "is the straitest band qhairby people or natioun can be bunde".

Like many other unionists of the time, Russell looked to the example of the ancient Israelites, who, despite being one people, were divided into two separate kingdoms by God as punishment for their idolatry.

Many prophets would later speak of the two kingdoms of Israel and Judah reuniting under a single king as they had been in the golden age of David. In this sense, James' mission as a purger of idolatry and defender of the true Protestant faith was deeply intertwined with his providential succession to the throne as a new King Lucius, come to re-unite the divided Britons into a single godly nation as they had been in days of old.

Russell is unequivocal in his vision of Britain as a distinctly Protestant nation. Upon listing certain points of order regarding his concept of union, Russell concludes with the following:

As such, Russell envisions Britain as a godly nation, the succession of James to the throne not bringing about so much a union, as a re-unification of the ancient Britons and their pure church.

CIVIL ARGUMENTS
Although religion is central to Russell's unionism, he also argues for the many political and commercial benefits that union would bring to the people of both Scotland and England.

Among these, the hope of a real and lasting peace between the two kingdoms was the most significant. Scotland and England had both been devastated by their constant warring, and Scotland in particular had suffered some devastating defeats when fighting at the behest of their Auld Ally the French. Scarcely a village in the kingdom did not suffer a casualty in the massacre that was the Battle of Flodden.

Russell hoped that union between the two kingdoms would usher in an era of unprecedented peace, and take advantage of Britain's island geography to provide a real sense of security:

Not only would a united Britain have peace within itself, but it would be able to resist its more powerful Catholic neighbours on the continent, who had long used Scotland as a staging post for their invasions of England.

Beyond the issue of national security, Russell believed that union would also usher in a golden age of prosperity, bolstered not just by the newfound peace, but by the abolition of various customs and tolls that hindered trade between the two kingdoms:

It is clear that while religion was central to Russell's unionism, he was equally aware that union would bring political and economic benefits to the British people, which they would never enjoy so long as they remained divided.

A UNION OF PEOPLES
Russell recognised that if this union was to endure, then a shared identity must be fostered between the peoples of the two kingdoms.

Russell did not see Britishness as being an artificial creation. Rather he regarded it as an ancient nationhood rooted in the Celtic Britons that long preceded the invasion of the Irish Gaels that founded the Kingdom of Scotland, or the Saxons and Normans that gave rise to the Kingdom of England.

Russell goes further than any modern unionist would dare suggest, when he calls for the very names of Scotland and England to be put to rest, saying that they are now:

...to be callit the kingdome of Great Britanie, the names of Scotland and Ingland to be putt in oblivioun...

In like fashion, Russell goes on to call for the inhabitants of this British state to cast aside their divisions, and to unite as a single people under one name:

Born as he was in the Kingdom of Scotland, John Russell was – according to the feudal order of his day – a Scot. But like many of his contemporaries, he longed to be known with his people as a Briton, and to realise that ancient nationhood and common destiny that bound him with his brethren in England. And he longed to see Britain become once again a single, godly nation, as it had been, he believed, in the days of King Lucius.