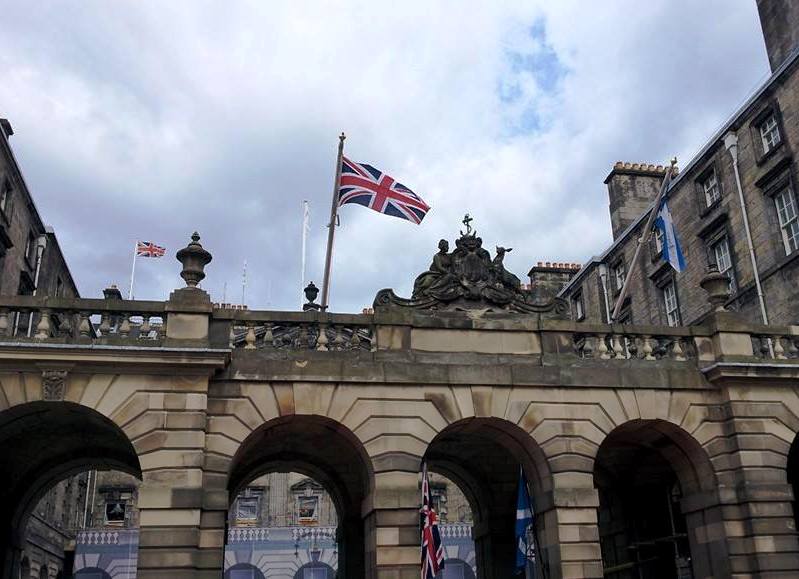 A Force For Good is pleased to announce the first article in a new 7-Part series entitled, "The Scottish Origins of British Unionism".

It is written by John Provan, who has an MA (Hons) in History.

This article examines the vision of John Mair, one of our first exponents of British Unionism.

Contrary to the perception among some of unionism as a wholly English innovation, perhaps the earliest roots of unionist thought can be found in the works of the great Scottish philosopher, John Mair (aka John Major).

Long before the Union of 1707, or even the Union of the Crowns in 1603, John Mair of Haddington argued fervently for a union between Scotland and England. Mair's 'History of Greater Britain', published in 1521 as 'Historia majoris Britanniae, tam Angliae quam Scotiae', contains many proposals on what such a union might look like, the benefits it would bring, and how it might be achieved.

The work is an impressive feat; it provides a chronological account of British history from the times of the very first settlement, to the ancient Celts, to the Romans, to the Saxon and Norman invasions, to Wallace and Bruce, and up until his own day.

Having composed such a great work of historiography, Mair became convinced that the kingdoms of Scotland and England were destined to be joined in union. At a time when most historians were concerned with justifying the conquests and territorial ambitions of tyrannical kings, Mair offers a refreshing and progressive perspective on how two neighbouring kingdoms ought to relate to each other:

And I lay down this proposition: The Scots ought to prefer no king to the English in the marriage of a female heir, and I am of the same opinion as to the English in a similar case. By this way only two hostile kingdoms flourishing in the same island, of which neither can subdue the other, would be united under one king. And if it is said the Scots would lose their name and kingdom, so would the English, for the king of both would be called king of Britain.

Mair's unionism was not just a fleeting idea, but rather, was central to his pioneering philosophical and political beliefs. In the preface to Mair's work, historian Aeneas Mackay notes that:

There is no more remarkable feature in this History than the repeated expression of the author's desire for a union between the countries... he became through life a strenuous advocate of the union of Scotland with England.

Mair's understanding of Anglo-Scottish relations was deeply rooted in his historical research – he recognised the shared Celtic and Germanic heritage of the Scots and English on the one hand, and yet read about how they would repeatedly quarrel over the petty claims of kings on the other. For Mair, union would both reflect this common heritage, and provide what had proved throughout history to be a very elusive era of peace and prosperity:

They would flourish by justice; no one would dare use force against another. Their homes and families would be more permanent. No foreign king would invade their country, and if they were injured, they would be able without fear to attack others.

Beyond the practicalities of commerce and security, a sense of British identity provided a more emotive aspect to Mair's unionism.

In the same way that today's Scottish nationalists hark back to a romanticised past of Jacobitism and the Wars of Independence, early unionists like Mair had a highly romanticised concept of Britishness, rooted in a mixture of classical origin theories and Arthurian legend.

Although Mair attempted to debunk the more outlandish origin myths surrounding the British people in his 1521 work 'De Gestis Scotorum', he continued to advocate for the idea that the Scots and English had originally been known together as one people: the Britons.

Contrary to the idea that "Britishness" is an "artificial" invention that was fostered after the Union of 1707, Mair can be seen speaking of the "Scottish Britons" and the "Scots of Britain" several centuries earlier:

Up to this point we have been telling of the origin of the Britons, and of the customs of the Scottish Britons... to mark its [Ireland's] distinction from the Scots of Britain, it came to be known as Hibernia, not as Scotia.

THE NEED for a FAIR UNION
Despite this common British heritage, Mair appreciated that if union was to usher in an era of peace, then it must be a fair union, and not one based on conquest. He stresses this point by highlighting the example of Wales, which by his time had already been subsumed within the England state for hundreds of years.

Indeed, he clearly takes pride in the manner in which the ancient Scots had resisted English occupation:

As to the argument that may be drawn from the case of Wales, I say that Wales and Scotland in this matter are not upon the same footing. For the English conquered the Welsh with ease, but not so the Scots, as the event proved; inasmuch as for a long time these have dared to make manful resistance to the English, and on occasion have even not feared to carry the attack into the enemy's country.

While modern unionists are sometimes accused by Scottish nationalists of being "anti-Scottish", Mair's unionism clearly did not preclude a sense of pride in his native kingdom. And this is not the only stereotype that his writings debunk.

Modern Scottish nationalists tend to portray themselves as champions of social justice, while sometimes attempting to portray unionists as using union to protect their own selfish interests. Given this, it is interesting to note that Mair believed that the greatest opposition to his proposed union would come from the nobility.

Power struggles between nobles and monarchs were a common feature of Sixteenth-Century politics, and the landed classes had much to fear from a powerful king who could put down their rebellions and challenge their ancient privileges. Mair notes that the ruling classes of both Scotland and England would likely oppose any measure which would create a strong, Brittanic monarchy:

The Scottish nobles, as I think, are unwilling to have one king with power over the whole island, and the English nobles are of like mind, because the nobility would not dare to go against such a king.

Certainly, as one of Scotland's great classical humanists, a major theme throughout Mair's writings is his concern for social justice. He goes on to extend these principles from the individual to the national level, arguing for Scotland to retain certain rights and customs within the framework of union.

Indeed, the model that he proposes would appear to be along the lines of a confederal union, envisaging some sort of political autonomy for Scotland within the British state. Just as today's nationalists attempt to reimagine Scotland's place in the world by looking to supranational institutions like the European Union, Mair modelled his idea of union on the empires and confederacies of the continent, bolstering his idealism with a study of tried and tested constitutional arrangements:

I venture to answer for the English king that he would allow them [the Scots] their liberties as the king of Castile allows the people of Aragon.

Such ideas were hotly debated within Scotland long before the English came to show any enthusiasm for the notion of union.

Especially after the Union of the Crowns in 1603, unionists began to look to Europe for models on how the Scottish and English states might be integrated together, with the Kingdom of Spain and the Dutch Republic being particularly popular in this regard. When the unionism of our own day is often accused of being bland and unexciting, Mair reminds us of just how imaginative and progressive that unionism can be when at its most inventive.

MAIR'S LEGACY
While Mair's unionism was central to his political outlook, he is better remembered for the radicalism of his views on sovereignty and the origins and authority of government.

Like many unionists throughout history, he was a political visionary, and argued fiercely against the ideas of the divine right of kings and absolute monarchy that were fostered by the tyrannical rulers on the continent. Rather than arguing that kings were appointed by God, Mair developed a much more popular notion of sovereignty, stating instead that kings could only rule justly so long as they ruled for the good of the people:

For the king is a public person, and altogether such in this manner, that he presides over his kingdom for the common weal and the greater advantage of the same. But when the reins of government are by his very touch defiled, when he shows himself a squanderer of public treasure, and brings his country to the verge of ruin, he is no longer worthy to rule. For he holds of his people no other right within his kingdom but as its governor.

In such writings, Mair pioneered the resistance theories that would fuel the Scottish Covenanters in their revolt against the tyrannical Charles I, and lead to them formulating their own concept of union in the Solemn League and Covenant of 1643.

While the unionism of today is sometimes slandered by the Scottish nationalists as being an ideology of the establishment, in the past it was clearly an unashamedly radical and revolutionary movement. 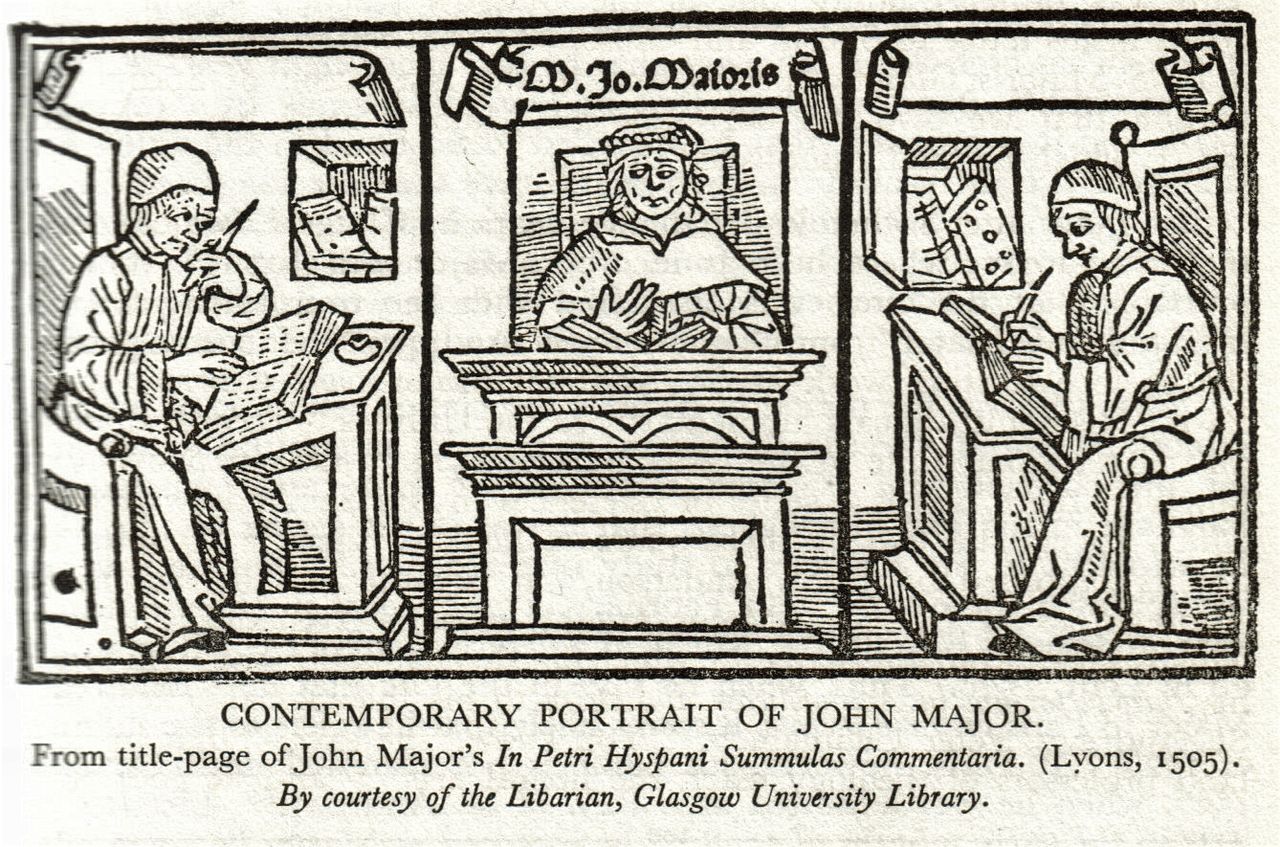 In many ways, John Knox, George Buchanan, Samuel Rutherford, and a host of later resistance theorists are heavily indebted to the foundations laid by John Mair. Their legacy is a great one – the Glorious Revolution of 1688, the French Revolution and the American Constitution are in many ways a product of these men's ideas.

And while this legacy should never be forgotten, neither should we forget just how intertwined it once was with the concept of union, which leaves its own powerful legacy in the form of over three centuries of shared British nationhood.

Source: Mair, J, A History of Greater Britain as well as England and Scotland, translated by A. Constable, edited by A.J.G. Mackay, (Edinburgh University Press, 1892).