Scotland would have to Leave Commonwealth if Nats Won 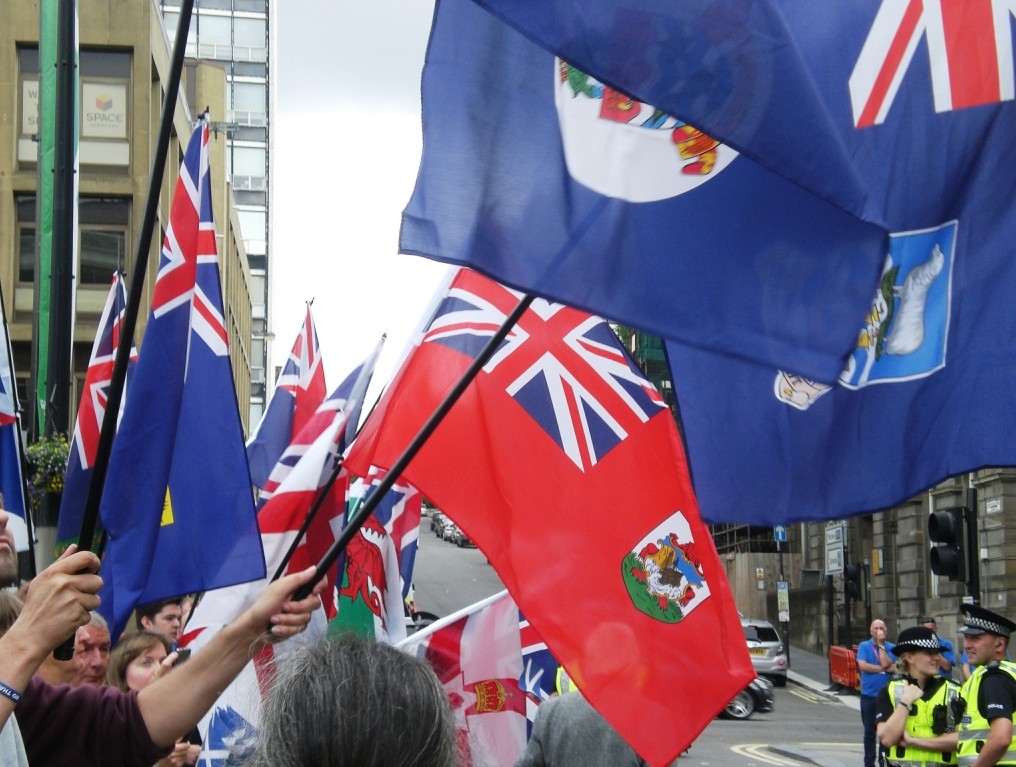 Nationalists may hope to hitch a ride on the goodwill generated by the Commonwealth Games but their actions would take Scotland out of it, says Alistair McConnachie.

Pics to the right and on this page: The Union Jack, flags of all the Home Nations, and flags of some of the British Overseas Territories greet the arrival of the Queen's Baton Relay, and its Baton Bearers, outside Glasgow City Chambers on Sunday 20th July 2014.

Between 23 July and the 3 August 2014, the Great British City of Glasgow will be hosting the Commonwealth Games.

As this event approaches, it is important to clarify a possible confusion which may arise owing to the fact that Scotland (and England, Wales and Northern Ireland) will be competing separately.

Some people may see Scotland competing separately and presume that Scotland is already an independent member of the Commonwealth. It is not.

The Home Nations play separately, but they are not members in their own right. 1

It is the United Kingdom which is the official Member State of the Commonwealth.

This means that if Scotland leaves the UK, then it will also be leaving the Commonwealth. It would then have to apply to become a new member. 2

The Commonwealth Secretary General Kamalesh Sharma is reported by the BBC on 19 August 2013, as expecting that, indeed, Scotland would have to reapply to join the Commonwealth.

We explain why this is, in the footnote below.

THE UNITED KINGDOM is CENTRAL to these GAMES
Indeed, the United Kingdom is the Founder. Without Britain, "the Commonwealth" would not exist.

The Games are a direct, and very positive, consequence of Britain's amazing history, when once Glasgow was considered "The Second City of the Empire".

Even today, Britishness is at the centre of these Games. For example, the Queen is the Head of State of a remarkable half of the 71 competing nations at the Games.

Moreover, one third of these 71 either fly the Union Flag, have it in their own Flag or have it as their Royal or Ceremonial Flag.

Furthermore, the British Monarchy has always played a leading role in the Commonwealth, as is shown in this video.


MEMBERSHIP of COMMONWEALTH and PARTICIPATION at GAMES: TWO DIFFERENT THINGS
The British Commonwealth consists of 53 independent Member States, which includes the United Kingdom.

Although there are 52 Member States, besides the United Kingdom, there will be 71 competitors at the Games.

This is because the 71 includes the following 19 competitors:

CO-OPTING COMMONWEALTH only to REMOVE SCOTLAND from IT
It is important to stress that while Scotland competes separately at the Games, it is the United Kingdom which is the official member.

This is important because on Thursday 18 September 2014 - less than 7 weeks after the end of the Games - Scotland will be voting in a referendum on whether or not to leave the United Kingdom.

If such a disastrous thing were to happen then Scotland would be leaving the UK, and hence leaving the Commonwealth.

Scotland would have to apply for membership as a new separate State. Its membership would have to be agreed by all the other Commonwealth members. That such an agreement may be forthcoming is beside the point.

The point is that the Member State is the United Kingdom. If Scotland were to leave the UK, then it would have to apply for membership of this Organisation, the full benefits of which it presently enjoys – even to the point of hosting its most prestigious event, the Commonwealth Games, in Glasgow this year.

It is ironic indeed that if the nationalists had their way, Scotland would no longer be a member of the Commonwealth.

It is ironic indeed that Mr Salmond and his separatists may hope to ride on the back of the goodwill generated by the Games, and may be hoping to bask in the reflected glory of a Commonwealth that - if they got their way - Scotland would no longer be a member!

Piggy-backing on the goodwill of something their actions would remove Scotland from!

Let's not allow them to forget that insincerity.

LOOKING to the FUTURE
The goodwill and international reach which Britain enjoys, as a consequence of the Commonwealth, is a very precious possession and something we celebrate.

It is something we don't want to damage – by breaking up the UK!

Rather, it is something that we want to develop as we face the future together.

It is very possible that – providing there is a No – the future of the UK within the EU will change. It may be renegotiated, or some kind of looser, less formal, more relaxed relationship may be adopted. Even if nothing were to change, the Commonwealth continues to offer the huge potential for the United Kingdom to work economically, for mutual benefit, with all of these friendly countries.

It may be that the best time for the Commonwealth is yet to come!

The United Kingdom is very well placed to play its part in such a great international endeavour; to be a force for good upon the world stage again.

Scotland needs to be at the centre of that exciting opportunity, working as a full member of the UK, providing inspiration, for the benefit of us all.

(1) Since the very first "British Empire Games" were held in Hamilton, Ontario on 16-23 August 1930, the Home Nations have competed separately. The other competitors at these 1930 Games were Australia, Bermuda, British Guiana, Canada, Newfoundland, New Zealand and South Africa. It has been suggested that given the population of the United Kingdom at that time, in contrast to the other competitors, the Home Nations played separately in order to make the size of the teams more even. We would welcome further information on this matter.

(2) As with membership of the EU, or NATO or any international organisation of which the UK is a member, the nationalists will try to argue that, as a consequence of its membership of the UK, "Scotland is already a member" - and so nothing should change if it becomes independent. In reality, though, it is virtually certain that in all these cases, Scotland would be considered to have left the previous arrangement and it would have to apply for membership as a new State.

Here is how it works: The nationalist argument that "Scotland is already a member of..." the EU, or NATO, or the Commonwealth, is based upon their reading of the original Treaty of Union.

They take the view that because the Union between Scotland and England was formed by the Treaty of 1707, and because this was a Treaty agreed between two independent, sovereign, equal parliaments, then it follows that if one parliament were to break off the Treaty, then the Union would be dissolved and would effectively end. There would no longer be a United Kingdom.

It follows from this that all the former members of the UK individually (or at least England, Wales and Northern Ireland together) would either have to re-apply for membership of these international organisations and renegotiate all the various treaties, or we would all automatically become successor states and automatically inherit the previous positions we were in as part of the Union.

The nationalists don't like the idea that a rump of the UK would continue to exist with automatic possession of these rights, rather than Scotland, because this would be similar to saying that "the Union was always just England" - because it would be England (and those associated with it today) who would be acquiring the inheritance of the previous UK and all its international privileges.

Their reading of the Treaty of Union is generally accurate, as far as an 18th century, pre-democratic constitutional reading of law and history is concerned.

But here is where they make their mistake: They conveniently ignore the last 300-plus years of British constitutional history and democratic development. 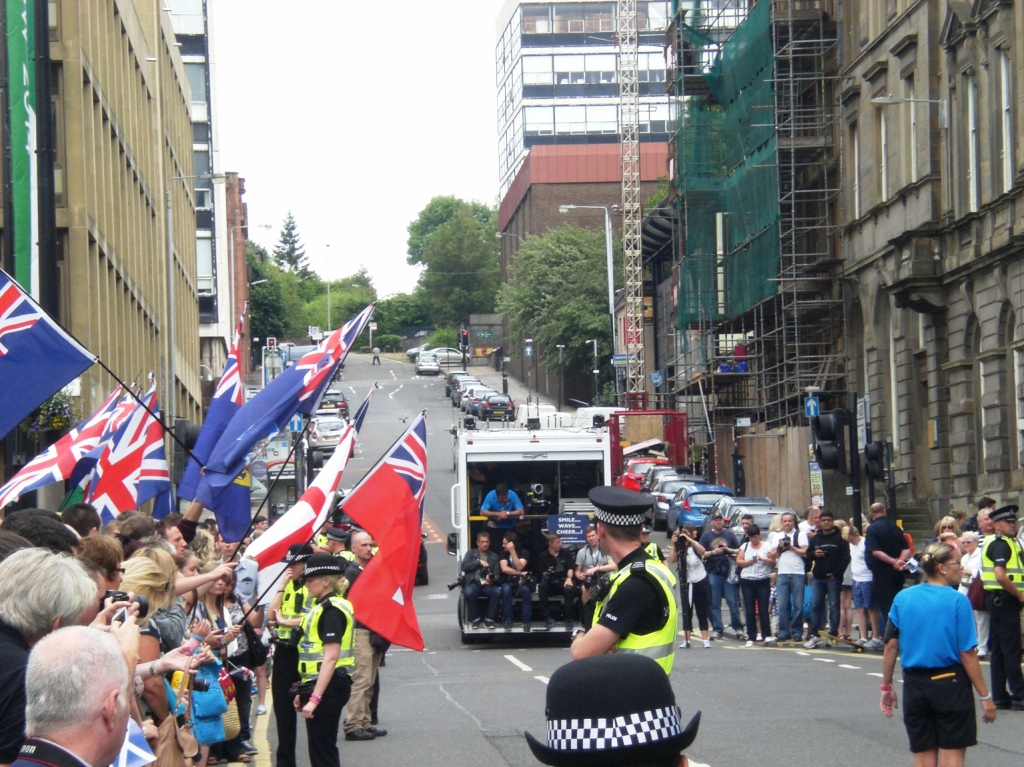 We are no longer living in a pre-democratic age! This is the 21st century. If the whole of the UK were getting a vote on the future of the Union then it would be correct - if all the parts voted for it - that a vote to break up the Union would dissolve the entire UK. But since only Scotland is getting a vote on whether or not to break the Union, then, in the horrible event that Scotland decided to do so, Scotland would break away, leaving the "rump UK" which was left.

The rump UK would be the successor state, which would inherit the position of the previous UK including membership of all the institutions, and participation in all the treaties, of which it is already a member.

On 18 September 2014 only one member of the UK is being allowed a say in this. In the absence of the other three having a say, the other three will continue to exist in Union. That is the 21st century, democratic reading of the matter.

The nationalists are right in one way though. If Scotland broke away, the United Kingdom would be effectively destroyed...in all practical senses. The rump which was left would be a shell of its former self, much weakened and politically imperiled.

[This footnote has also been published at "Why Nationalists are Wrong to Say that Scotland will Automatically Inherit all the UK's International Positions".]