Looking Towards the British Wealth in Common Games 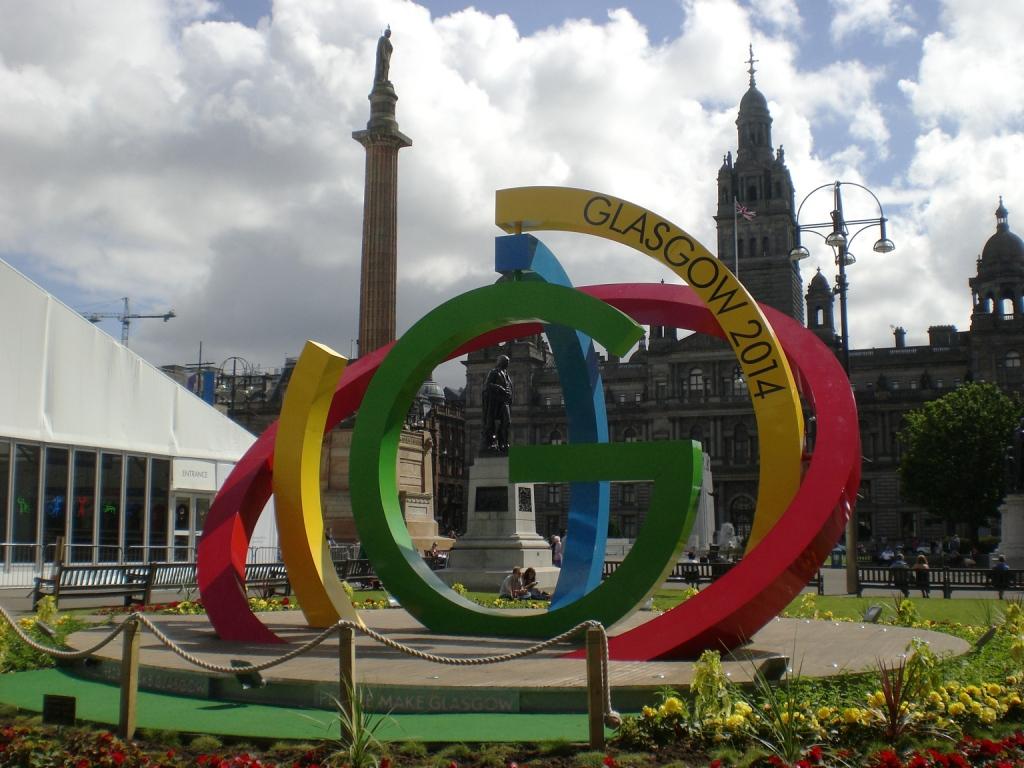 2014 will see us celebrate the British Common Wealth Games, not the Separate Divided and Poorer Games, says Alistair McConnachie. Updated on 21 June 2014 and posted originally on 31 August 2012.

This article examines the Britishness of the Commonwealth Games being held in Glasgow from 23 July-3rd August 2014.

These Games will be happening less than two months out from the referendum and we're conscious that Alex Salmond and his SNP may try to use these Games to promote their particular separatist agenda.

The good news is that, politically, there is a limit to how far the nationalists can promote their agenda on the back of the Games. Mr Salmond has to be careful not to over-egg the "Scottish" pudding. A blatant attempt to hijack Team Scotland for political purposes will be obvious to all and resented by many.

He will also be in the vulnerable and invidious position of trying to promote his agenda on the back of a Commonwealth of which - if he got his way in two months - Scotland would no longer be a member! 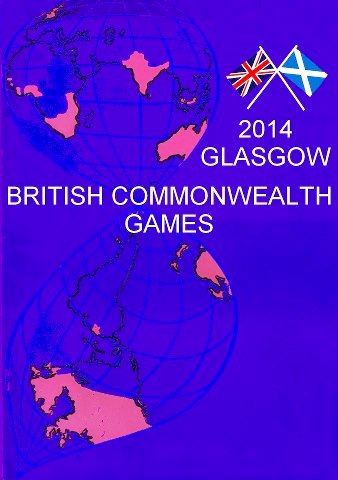 A Commonwealth his actions would take Scotland out of!

Let's not forget that Scotland would be separating not only from Britain, but also from the entire Commonwealth, and it would have to apply for membership if it wanted back in!

Scotland would also be saying Goodbye to its relationship with the British Overseas Territories, 9 of which will be competing at the Games - a highly valuable strategic relationship which exists only because we are part of the UK.

Historically and culturally, he will also struggle to make a case for separation. It is good that all the countries taking part have ownership over these Games, but the fact remains that at its heart, the Games is fundamentally derived from Britain and its place in the world, both in the past, and now.

For example, as we show in this article, the Queen is the Head of State of virtually half of the 71 countries which will be competing. Moreover, these Games are being held in Glasgow, once known as "the second City of the Empire".

This is very much a British event - in the most inclusive, world-wide sense. It is not a separatist event.

Between now and the Games, A Force For Good, and others, will be emphasising the Britishness of these Games, in order to help ensure they cannot be twisted to serve separatist ends.

Let's start with a little history, and then explain just who exactly will be at the Games.

The Genesis of the Games
The first sporting competition between what were then some of the members of the British Empire, took place at the "Festival of Empire" Coronation celebrations of King George V, at the Crystal Palace, London in May 1911.

These were a series of entertainments and exhibitions which included sporting competitions between British, Australian, Canadian, New Zealand and South African athletes. Canada was the winning team.

It has been suggested that the initial idea came from a Rev Astley Cooper who wrote an article in The Times of 30 October 1891 proposing a "Pan-Britannic-Pan-Anglican Contest and Festival...every four years as a means of increasing the goodwill and good understanding of the Empire".

The idea was also vigourously promoted by Richard Coombes, who was the President of the Amateur Athletic Union of Australia, in New South Wales. Both before and after 1911, he drew attention to the importance of an "Empire Sports" gathering. 1 He has been called the "Father of the Empire Games." 2

War intervened, and no further Games were held. It wasn't until the Olympics of 1928 that interest in the competition was reborn, thanks to a Canadian Melville Marks Robinson, former manager of the track and field section of the Canadian Olympic team.

Consequently, the first Games in the manner in which we have come to understand them were held (appropriately enough given Canada's success in 1911), in Hamilton, Ontario on 16-23 August 1930. They were called "The British Empire Games" and the 4 Home Nations competed separately. It has been suggested that given the population of the United Kingdom at that time, in contrast to the other competitors, the Home Nations played separately in order to make the size of the teams more even. This has remained the case ever since. 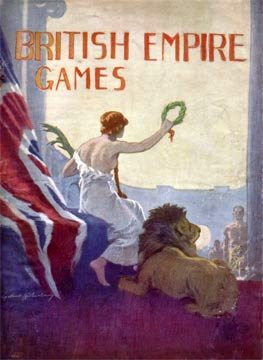 Without Britain, none of this would exist!

There are possibly many people today, perhaps younger people, who don't know that simple fact. These Games offer an excellent opportunity for us to educate about Britain's history, about what we have achieved together, about the good we have brought the world, and about the good we continue to bring the world today. 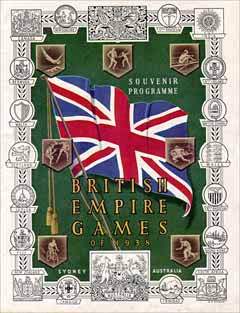 Tactically, it is also a good idea to speak about the "British Commonwealth Games" because it forces the nationalists to deny that it is the "British" Commonwealth Games, which makes them sound churlish, as well as historically inaccurate - since this was the official name up to and including the 1974 Games. (Indeed, we recall them being referred to in this way, unofficially, right up to the late 1990s.)

Imagine if all the pro-UK politicians start referring to them as the British Commonwealth Games - or even just make references to the Games British heritage. Mr Salmond would be seething!

These British Commonwealth Games are about celebrating our Common Wealth, the Wealth we have in Common which makes us richer. They are not about emphasising the differences which make us poorer. It is the Wealth in Common Games, not the Poverty of Difference Games. 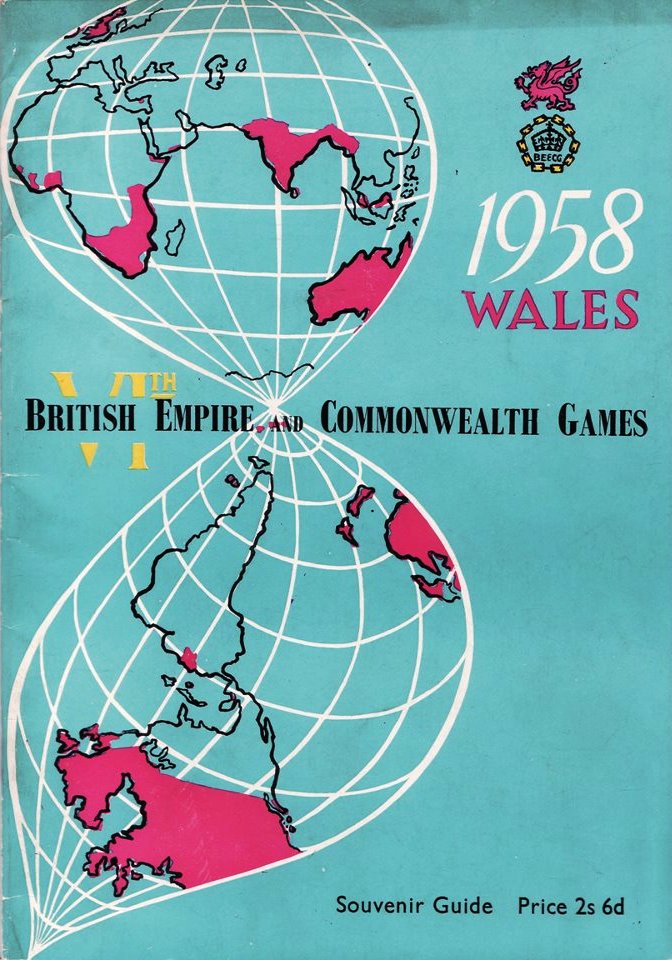 Who Competes at the Games?
The 2014 Games will consist of 71 entrants.

These consist of the 4 Home Nations, the 3 Crown Dependencies of the Isle of Man, Jersey, and Guernsey, and 9 of the 14 British Overseas Territories - Anguilla, Bermuda, British Virgin Islands, Cayman Islands, Falkland Islands, Gibraltar, Montserrat, St. Helena, Ascension and Tristan da Cunha, and the Turks and Caicos Islands - the other 5 are not in a position to send a team of their own. 4

Of the above, only the United Kingdom itself is an official member of the Commonwealth, with the Crown Dependencies considered within the ambit of the UK. Obviously, the British Overseas Territories are not "members of the Commonwealth" because they are still within the jurisdiction of the United Kingdom. They are what remains of the British Empire.

In total 71 competitors, as listed below.

One Third of the Competitors Fly the Union Jack
There will also be plenty of Union Jack flags on display. The following 13 of the competing teams fly the Union Jack in the top left hand corner of their National Flag: Anguilla, Australia, Bermuda, British Virgin Islands, the Cayman Islands, the Cook Islands, the Falkland Islands, Fiji, Montserrat, New Zealand, Niue, the Turks and Caicos Islands and Tuvalu. Also note that while St Helena, Ascension and Tristan da Cunha will be playing as one - presumably under their own flag, which is the Union Jack itself - each of these 3 Islands also has its own different Union Jack flag.

The Union Jack is also Canada's Royal Flag and flies over 9 of their provincial legislatures. While Gibraltar has a national flag which does not include the Union Jack, it does have the Union Jack incorporated in the State Ensign, the Civil Ensign and the Governor of Gibraltar flag, as well as flying the Union Jack itself – for example at the border with Spain. So, that's an extra 2 countries to include. The 3 Crown Dependencies also have the Union Jack incorporated in their State and Civil Ensigns and Lieutenant Governor flags. In total, if we include the Home Nations (4) and the Crown Dependencies (3), then that is 14+2+4+3 or 23 of the 71 competitors (32%), virtually a third, who either fly the Union Jack as their flag, on their flag, or as their Royal Flag or as a Ceremonial flag. Our article on Union Jacks at Glasgow 2014 illustrates this information comprehensively.