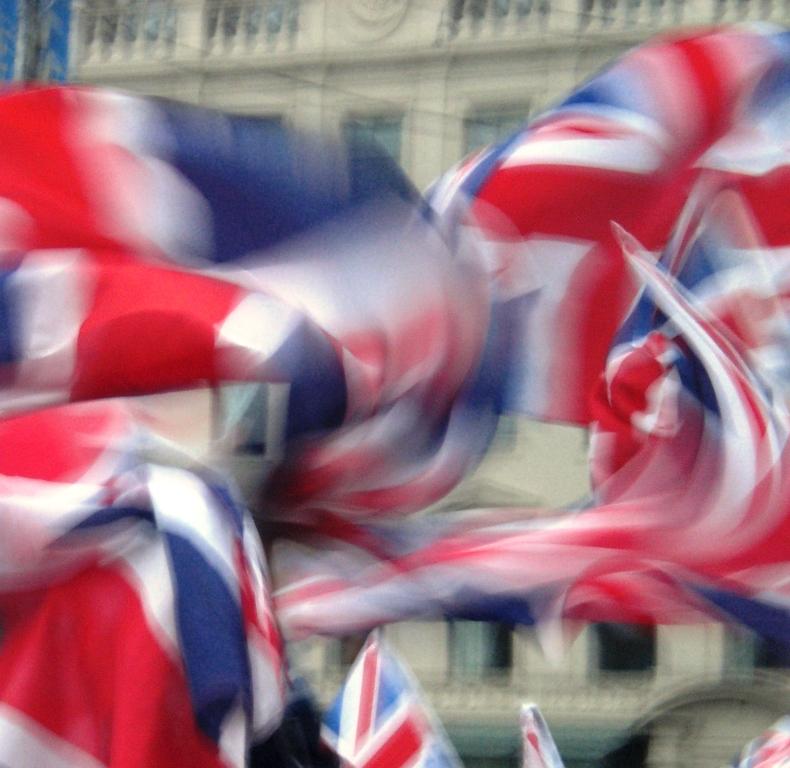 In the presence of a significant separatist movement, devolving power will always be potentially hazardous to a union.

Only in the absence of such a movement, is it possible to imagine devolution existing without potential damage.

Therefore, unionists must always be ultra-cautious about supporting any form of devolution in a context where there is a significant separatist movement which will use such power against the Union itself, says Alistair McConnachie.


Pic: A swirl of Union Jacks in George Square, Friday 19 September 2014, celebrating the victory for No. Pic copyright of Alistair McConnachie.

Can devolution "strengthen a union"? Arguably, perhaps. If it doesn't strengthen it, then it might, at least, maintain it. However, for both of these things to happen there must be one overriding requirement in place.

Take the United States as an example (although it is not an exact one, and although it has a written constitution which also works to bind the country together). In the USA, every State has a degree of (sometimes quite significant) devolved powers. However, in not one of the 50 States of the Union, since the Civil War, has there been a significant separatist movement arguing for a State to become "independent". (There has been a small movement in Hawaii, which, sitting in the middle of the Pacific Ocean, with its own indigenous population, is a unique exception.)

Consequently, devolution of certain powers to each State is a relatively benign phenomenon - which does not threaten the overall integrity of the United States.

The United Kingdom, however, is quite a different country - which includes a significant separatist movement in Scotland. Therefore, devolution of power to Scotland will never have the benign affect that it has in the United States.

The Scottish separatists want to destroy the British Union - and to gather to themselves as much power as possible which will enable them to do so. Any devolutionary powers will always risk being manipulated, and directly acquired by them, towards their ultimate end of political separation.

They will always seek to harness any devolved power deliberately to promote strife rather than harmony, with the overall aim of separation rather than union.

In the presence of a significant separatist movement, devolving power will always be potentially dangerous to a union. Only in the absence of such a movement, is it possible to imagine devolution existing without potential damage.

Devolution: Potentially Fatal to a Union in the Presence of a Separatist Movement
It is within this context that unionists must always assess the potential of devolutionary power to destabilise, weaken and destroy the Union. It may often be the case that more devolutionary power will simply risk strengthening the hands of the separatists.

In the United Kingdom, unionists want, at the very least, to maintain the Union - and, additionally, to strengthen it and to promote it. They certainly don't want to do anything to weaken it. That also includes the serious risk that they could put power into the hands of those who would misuse that power to destroy the Union.

Therefore, unionists must always be ultra-cautious about supporting any form of devolution in a context where there is a significant separatist movement which will use it to try to destroy the Union itself.

As far as devolutionary powers are concerned, our guidelines must be firstly, "Promote the Union in principle and in policy - in philosophy and in practice", and secondly, "Do no harm to the Union".

Our Plans Should be for More Union, not More Devolution
Let's also remember that we won the referendum to maintain the Union, and we won significantly, with over 2 million votes and an almost 11% lead.

The time is right to capitalise upon this moral authority - which we should presently be exercising - by promoting ideas and plans for more union, and policies which will strengthen it, and promote it - including some of the social and cultural polices suggested here.

We don't want to allow the separatists to turn a pro-UK vote on its head by granting them more of what they want.

The nationalists are pushing the unionist politicians for "more powers", yet it was they who lost! That is like us asking them their plans for "more union" if they had won!

We should not be seeking to appease nationalist demands, and throw away the advantage we should be enjoying.

Instead, they should get as little as possible, and where a devolutionary power has led, or is leading, to an abuse of fundamental British Unionist Principles then that power should be rescinded!

We have the moral authority for this. We should not have to remind our politicians that the people of Scotland decisively rejected the politics of UK division.

We won the referendum to maintain the union. We should not be looking for ways to help the separatists weaken it.

Our plans should be for more union, not for more devolution!

We won the battle. Let's not shoot ourselves in the feet.