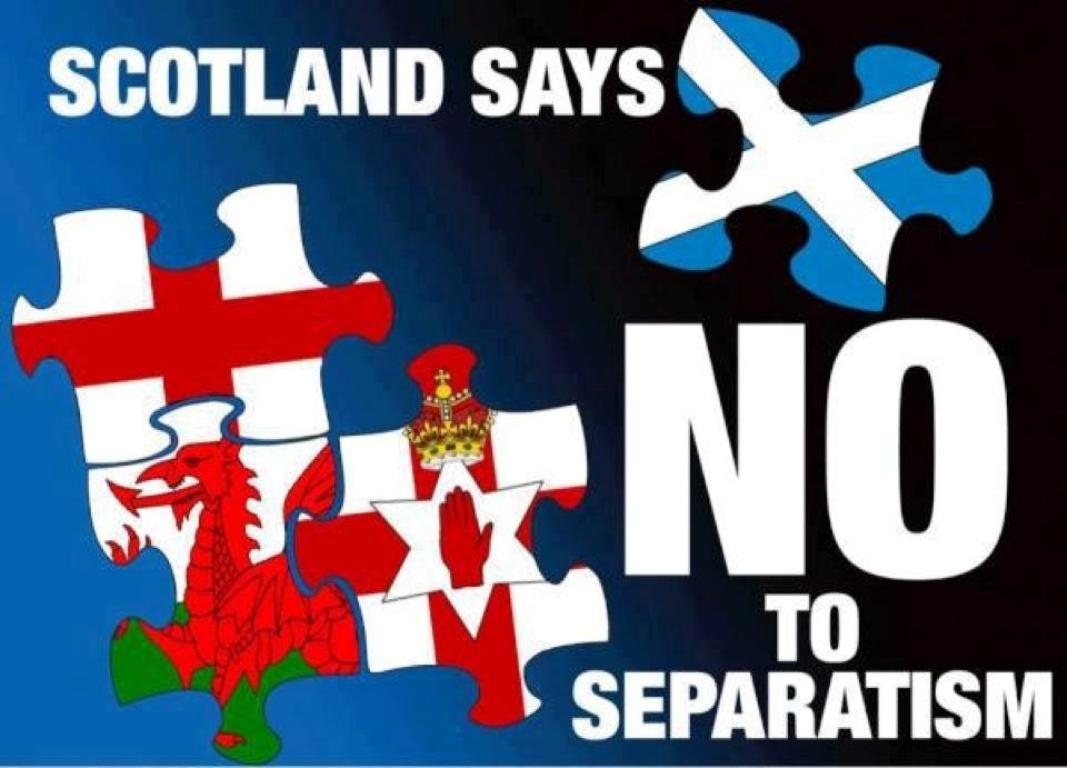 We hear separatists say, "Scotland has the right to self determination", as if such a statement alone ends the argument.

They ignore two points. Firstly, Scotland is largely self-determining already, and secondly, even if Scotland has "the right" for more, it is the morally wrong thing to do if it means breaking up a great relationship! Breaking up our relationship is not the dutiful or responsible thing to do within the context of our islands.

To deal with the first point: As we stated in our speech Five False Premises of Scottish Separatism in London on 19 June 2012, the idea that Scotland is not somehow a self-determining nation already, cannot be seriously substantiated.

However, we know that when the separatists speak about Scotland "having the right to self-determination", they don't care about the fact that Scotland already has self-determining ability at local, Scottish, British and European levels. Instead, they want a complete root and branch break with the rest of the United Kingdom.

That is why they get dogmatic about "Scotland's right to self determination". They want to break the British connection entirely and so they choose to ignore the extent to which Scotland already possesses a considerable self-determining ability.

Scotland is in a close relationship with the rest of the UK. When you are in a relationship you do not automatically have "a right" to do what you want. You forfeit, to a large extent, your "right" to "do your own thing."

Within the context of the United Kingdom, Scotland has no more moral "right" to go off and do its own thing than a husband or wife has a right to turn his or her back on the marriage and go away and do their own thing.

Therefore, while the separatists will say, "Scotland has the right to self determination", we ask, "Does Scotland have the right to break up a great relationship?"

We answer, "Scotland does not have the right to break up a great relationship because that would be the wrong thing to do!"

As we stated in our speech in London on 19 June 2012 "The only sense that we are not self-determining is that, as part of the UK, we are obliged to consider and often accept the views of people in England, Wales and Northern Ireland in our overall system of government. But that is a good thing because these people are family and we share the same home with them. To ignore them, or to forbid them to have any say about what we do in our common home, would be shameful and immoral."

So we don't talk about "Scotland's right" to this or that.

The moral thing, the right thing, the responsible thing for Scotland to do, is to stay in the Union and help to make it work, for the good of all.